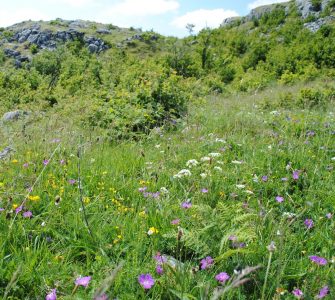 Join the Irish Wildlife Trust and Regenerative Farming Ireland for a discussion evening on the future of farming at a time of climate and biodiversity crises.

To find out more about regenerative farming see this website https://www.regenerativefarmingireland.com/

This is a free event, no registration required, all welcome

Sadhbh O Neill is a PhD candidate at the School of Politics and International Relations at UCD, researching climate ethics and carbon markets. She teaches an undergraduate module in environmental politics and policy at UCD and DCU. She also works as a researcher for the Independents For Change group on the Joint Oireachtas Committee on Climate Action. With over 25 years’ experience in environmental advocacy, she was most recently a spokesperson for Climate Case Ireland, a legal action against the Irish government’s climate policies.

Stuart Meikle is a farm business economist, a writer and a farming/food advisor, brought up in farming and studied at Wye College, University of London. He graduated with a First Class degree and joined the faculty at Wye. After academia he moved onto advising and working for governments, international development organizations, universities and private businesses in places as far afield as SE and Central Asia, the Caucuses, the Levant, Central Europe and the United Kingdom and now Ireland. In recent years he has worked on rural regeneration in agriculture-reliant, often remote-to-the-market, regions that are environmentally important and where it is about linking farming to high-value food products to enhance rural incomes and to preserve biodiversity-rich, farming-created landscapes. He has also been directly involved in building and managing integrated farm to food businesses. He lived for 12 years in Transylvania where he was the British Honorary Consul. Nowadays he resides in County Wexford.

Suzanna Crampton  is from a long-standing Kilkenny family and her farm is to be found in the beautiful Nore Valley. She has also spent many years stateside including her time at the highly progressive Sterling College in Vermont. Hence, she is very aware of the North American food and family-scale farming scene. The home farm has species-rich meadows and pastures and a traditional orchard, a showcase for both products and farming ideas. Pesticides and artificial fertilizers are avoided as “progressive farmers do not require them”. Her multi-species pastures feed the soil that feeds the plants that feed the livestock, promoting animal health and performance. Suzanna also provides a leading social media interfaces between Irish farming and local and international audiences. She is a best-selling author who writes to offer insights into farming and rural life and a public speaker who is passionate about bridging the gap between rural farm communities and their urban neighbours. She is a founder of Zwartbles Sheep Association’s Southern Ireland branch and Southeast Women in Farming Ireland.

James Foley, a native of County Waterford, completed his degree in Agricultural Science at UCD in 2000. Continuing the family tradition, he has been farming full time since. He has established a new family farm focusing on dairying, but he also has significant experience in tillage and beef. Over the years he has become acutely aware of the threat to his farm’s viability from being a primary producer at the foot of a commodity-milk supply chain. He is now exploring the options to regain his business independence by adding value to his milk and by reducing the farm’s dependence on milk sales. He has also begun to convert the farm to herbal leys and to significantly broaden the species diversity in his pastures. His aims to reduce the farm’s need for purchased inputs and to improve animal and financial performance. The evolution of his own family farm has led to James becoming an advocate for regenerative farming and route to market reform and the need for new government policies to support both.

Pádraic Fogarty is an ecologist and environmental scientist. He was chairman of the Irish Wildlife Trust from 2008-2012, editor of ‘Irish Wildlife’ magazine from 2009-2018 and has been their campaign officer since 2012. In 2017 his book, ‘Whittled Away – Ireland’s Vanishing Nature’ chartered the collapse of ecosystems in Ireland while identifying solutions to bringing nature back.