We are working with European NGO Seas at Risk as part of a larger campaign to make Marine Protected Areas work in Europe. Together with partner organisations in Portugal (Sciaena) and France (FNE), we hope to improve the management of MPAs and help get more sites designated in order to preserve and restore precious marine ecosystems for future generations. 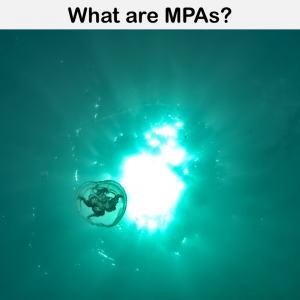 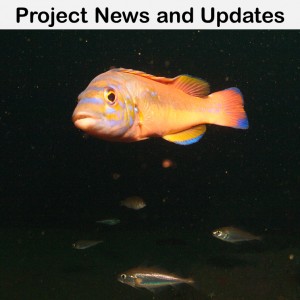 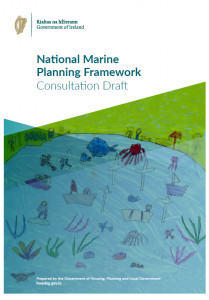 Heavy human use of the marine environment has left our seas in a poor condition. Commercial fishing has been practiced in Europe for over 1000 years  and with the advent of industrial fishing the pressure on our oceans has been scaled up dramatically. Aquaculture, agriculture, oil and gas exploration, renewable energy, plastic pollution and noise pollution are all ways in which we are putting additional pressure on the ocean every day. The good news is that some of these activities can be managed through a well thought-out marine spatial plan. The plan must take into account the location of vulnerable ecosystems and ensure they are protected in a well-connected and managed network of areas which are set aside for the sole purpose of active conservation and, in some cases, restoration efforts. Ireland’s first marine spatial plan is due to be published in late 2020.

Marine protected areas (MPAs) are a proven tool to provide much needed ecosystem restoration and even contribute to sustainable fishing and climate change mitigation. They are safe havens for animals and plants to grow and reproduce without the threat of damaging human activities. Such havens are vital if marine ecosystems are to withstand all the additional pressures they face day to day, such as rising temperatures and ocean acidification. 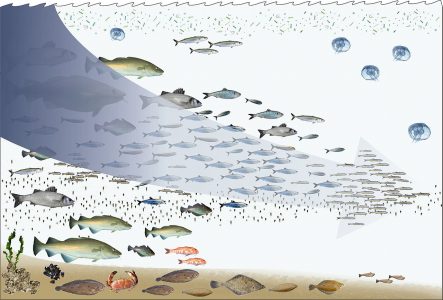 Fishing down the food web, a North Sea perspective. Inspired by the work of Daniel Pauly. © Hans Hillewaert

Decades of fishing with trawls and dredges have resulted in widespread destruction of benthic habitats, while large predatory fish have declined by an estimated 90% since the beginning of industrial fishing. However, sealife has remarkable resilience and the ability to bounce back quickly once main pressures are removed.  Scientists worldwide agree that a coherent network of MPAs under strict management can be a helpful tool to combat environmental degradation caused by fishing and other extractive activities, as well as increase the resilience of marine habitats to better cope with other stressors that lie beyond MPA boundaries.

Strict protection of even the most highly impacted places has resulted in significant increases in biodiversity over relatively short time frames. From sessile animals like sponges or corals to highly mobile fish species, many organisms benefit from a balanced ecosystem where they can feed and reproduce in peace. 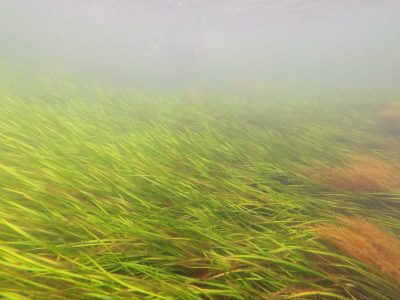 Strict protection of habitats that are very rich in carbon (e.g. seagrass, kelp) can prevent a rise in new emissions which would otherwise result from loss or degradation of these areas. Restoration of habitats that were already lost and ensuring they are well protected could contribute significantly to additional carbon storage in our seas. In surveys conducted by the National Parks and Wildlife Service in recent years, 52% of the protected habitat ‘large shallow inlets and bays’ was classed as bad mostly due to total or partial loss of seagrass habitat. Removing the pressures on this habitat type is a vital first step to ensure Ireland’s biodiversity and climate goals are met.

Climate change adaptation: Restoration and protection of coastal saltmarsh, kelp forests, or oyster and mussel reefs, can help reduce the impact of storms and coastal flooding, thereby reducing the need for hard engineering. Networks of protected areas may act as stepping stones for species as they move towards polar regions in response to rising temperatures. Furthermore, due to improved ecosystem health within MPAs, habitats become more resilient in the face of climate change and pollution. 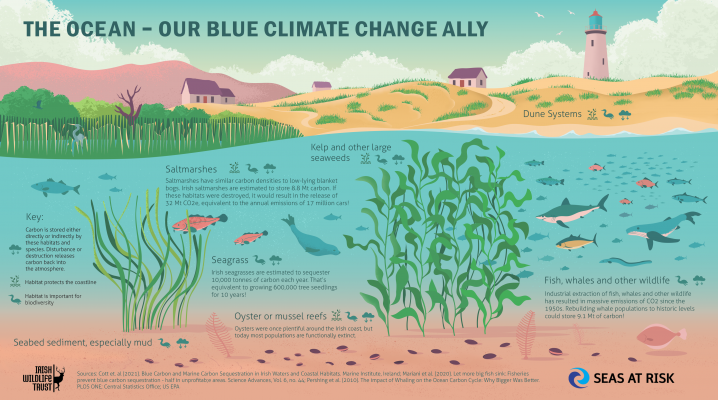 The infographic shows the importance of protecting marine biodiversity to enhance carbon storage in our seas. 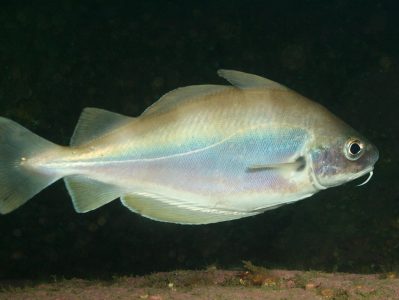 MPAs lead to changes in population structure in ways that promote replenishment. In one study, biomass of all trophic fish groups (predator and prey) has been shown to increase significantly (between 40%-200%) in no-take marine reserves. As the animals within the reserve grow larger over time, they also produce more eggs, are more successful at reproduction and produce fitter young. Target species with low mobility such as scallops and lobsters are found to profit substantially from no-take zones in the UK. Dive surveys carried out in Lamlash Bay, a community-led marine reserve, showed significant increases in catch per unit effort (109%), weight per unit effort (189%) and carapace length (10-15 mm) of the European lobster Hommarus gammarus. Furthermore, scientists found twice as many berried lobsters within the reserve compared to outside, which shows that the reserve has a positive impact on productivity. 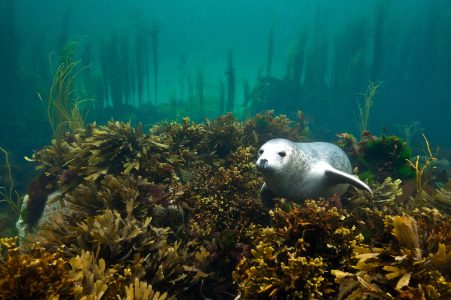 A 2020 study found that we can rebuild marine life by 2050 if we take some drastic measures, including  scaling up protection to cover 30% of our ocean by 2030 and increase restoration efforts of some key habitats: Saltmarshes, seagrass, kelp, and oyster reefs (among others). These are common habitats found in Ireland and the restoration of these will be crucial to rebuild ecosystems. Restoration efforts alone will not be enough, however. We need better fisheries management, tackle pollution issues and markedly reduce greenhouse gas emissions in order to rebuild ocean life to its former glory.

Most countries have signed up to the Convention on Biological Diversity, agreeing to protect 10% of their waters by 2020 and most countries are now on course to protecting 30% by 2030.

How is Ireland doing so far?

Ireland has currently designated only 2.4% of their marine waters as MPAs (in form of SACs and SPAs, see here for more information on these), meaning a more than 10-fold increase to the proposed 30% by 2030 is needed.

These maps show the current coverage of marine protected areas designated in Ireland: 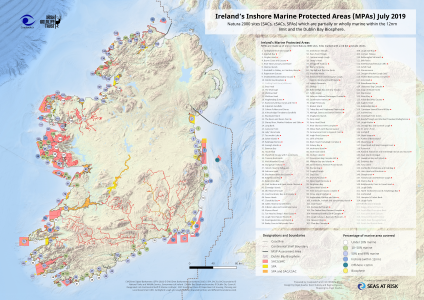 Why do we need Bigger and Better MPAs?

Most MPAs in Ireland are not very good examples of the type of protected area needed to restore ocean life. Many harmful human activities are still taking place inside MPAs with little or no management or enforcement. As a result, marine habitats are deteriorating with losses of seagrass and functional extinction of oyster reefs evident around the country, mostly due to easily managed activities such as fishing and aquaculture, or agricultural and sewage pollution.

It is clear that we need bigger and better managed marine protected areas in Ireland in order to reverse biodiversity declines and mitigate the worst effects of climate breakdown. Our project is aimed at engaging with the general public, policy makers and marine stakeholders and submit responses to relevant public consultations to help achieve our objective of creating bigger and better MPAs.

We are working with Coastwatch and Seas at Risk as part of a larger European campaign. Together with partner organisations in Portugal (Sciaena) and France (FNE), we hope to preserve precious ecosystems in European waters for future generations. This will give our seas spaces to breathe while we work on reducing additional stressors such as climate change and pollution.

For questions about this project and what you can do to help our oceans, contact us at marine@iwt.ie or sign up here for our Bigger and Better Marine Protected Areas newsletter. For more information on MPAs you can follow us on Twitter @BiggerBetterMPA.