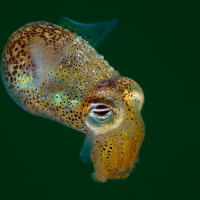 The IWT has been actively working on the conservation of the marine environment since 2009.  Below are links to our recent press release.

More information about our Bigger and Better campaign can be found here.

The IWT has launched a public consultation on The Marine Planning Policy Statement highlighting the need for marine protected areas.

You can see the submission here: IWT MPPS Consultation Response

JANUARY 2018: Some good news for the marine ecosystem. The European Parliament adopted with a very large majority a ban on electric fishing in Europe. See article here

2010: In March 2010, along with the Pew Environment group, we organised a screening of the documentary ‘The End of the Line’, which for the first time brought those concerned with the marine environment together under one roof.  Since then we have been working with our partners in the Marine Group of the Environmental Pillar of Social Partnership. This Group has, also for the first time, given voice to environmental groups that want to see the ocean conserved for the common good, and not just sectoral interests.

” (…) we need to make sustainability our primary goal; we need to base our management decisions strictly on science; we need to adopt an ecosystem approach that is geographically specified, adaptive and capable of balancing diverse social objectives (…) forgive me for borrowing a somewhat trite old saying: when the wind of change is blowing, some build walls, others build windmills.”  Maria Damanaki – European Commissioner for Maritime Affairs and Fisheries – Brussels, 16th November 2010

We want to make the link between the wonderful world of marine biodiversity and fish that we eat.  See our guide to seafood so you can be aware of issues associated with the choices you make. 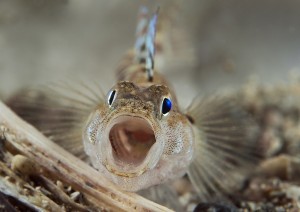 2012: The Department of the Marine published an ‘integrated marine plan’ for Ireland www.ouroceanwealth.ie in 2012.  This is a welcome move away from the wild west approach that is currently taken to any activity occurring in our seas. Conservation groups, including the IWT,  made a submission to this plan calling for the designation of Marine Protected Areas, access to environmental data (particularly from fish farms) and more recognition of environmental and social factors in the exploitation of our oceans.

This submission was prepared by the Marine Group of the Environment Pillar of Social Partnership and involved collaboration between the IWT, the Irish Seal Sanctuary, Coastwatch, the Irish Whale and Dolphin Group and An Tasice.  Currently very little is known about marine biodiversity in Ireland beyond what are ususally referred to as ‘stocks’, i.e. fish that can be sold for a profit and eaten, but stocks are part of a wider marine ecosystem so it is vital that we know how healthy these are.  At present we do not.

The IWT believes that the designation of Marine Protected Areas, similar to what is currently being done in the UK, would not only be good for marine biodiversity but would also raise awareness of the wealth of sea life that is all around us, and open opportunities for marine based tourism e.g. snorkelling, bird and whale watching, coastal walking, kayaking etc.  We would like to see marine creatures enjoy the same protection that is available to those on dry land.  For instance, the second largest fish in the world, the Basking Shark, has no protection in Irish waters beyond a ban on landing them in ports. We think that data on marine biodiversity should be gathered by the National Biodiversity Data Centre and used to create ‘Red Data Books’, so that we can prioritise resources in protecting the most threatened species and habitats.

Our full submission can be downloaded here: Environmental Pillar Submission Our Ocean Wealth.  The published plan contains lots of references to the need for sustainability but few specifics on how the marine environment will be protected.  The IWT fears that the economic goals will be pursued in the absence of any real interest in achieving Ireland’s commitments under the Marine Strategy Framework Directive, the National Biodiversity Plan, and Our Sustainable Future.  We hope there will be a meaningful engagement with the NGO sector as we are committed to engaging in a positive and constructive manner. 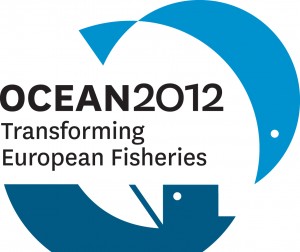 Decades of mismanagement and over-fishing have left the seas around Ireland and Europe practically devoid of fish with familiar dinner plate specials such as Cod, Sole and Whiting practically extinct in Irish waters.  In fact up to 88% of our fish stocks are being fished unsustainably while 30% are ‘outside safe biological limits’ (a euphemism for threatened with extinction)1.  Unlike chicken and beef that are farmed fish are wild animals and they are a part of a marine ecosystem that is just as complex and interrelated as any on land.  However, unlike ecosystems on land far less is known about what is going on under the sea and so by the time scientists have a clear picture it may be too late to reverse the damage.  It is estimated that by 2050 all commercially exploitable fish species will have been over-fished, depriving us not only of a tasty and nutritious source of protein but destroying livelihoods, communities and a part of our cultural heritage.

However, this scenario is not inevitable and decisions that are made today can reverse the path to destruction and ensure a sustainable fishing resource for generations to come.  You, the consumer, have a vital role to play in securing a positive outcome and avoiding environmental catastrophe.

All fishing in EU waters is currently managed from Brussels under the Common Fisheries Policy (CFP).  This has been described as a “disaster” by a former European Fisheries Commissioner and has directly resulted in the unrelenting decline in fish stocks that have been witnessed.  The CFP is now under review and there is a general consensus that this time serious change has to happen.  There are a number of things wrong with the current way we fish: 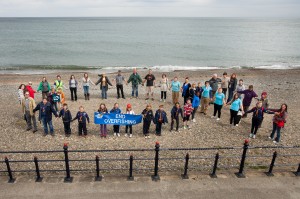 Taken together these factors amount to wholesale plundering of the ocean and undermining of the entire marine ecosystem.  When further combined with the impacts of climate change, pollution and the build-up of plastic waste in the sea humanity is facing a future of dead oceans.  This is not just speculation: the Baltic Sea is already so devoid of fish that it teams with Jellyfish – a direct result of an altered ecosystem.  The North and Irish Seas are not far behind.

The IWT is campaigning at a national and European level to ensure a sustainable outcome for the reform of the CFP.  We are doing this through our membership of the Environment Pillar of Social Partnership and within the OCEAN2012 alliance of European non-governmental organisations.  Until then we will be raising awareness of this important issue at grassroots level to ensure that bad decisions are not made in our name.

For further information or to make a comment, please email irishwildlife@iwt.ie.  This web guide is not set in stone! As new information comes to light and as situations improve, or deteriorate, we will change our guide accordingly. This guide is valid for the period up to the end of 2012.  We will also reward supermarkets and restaurants that are making a serious effort to source sustainably caught fish by listing them here.

The information used to make the assessments, unless otherwise stated comes from the Marine Institute’s most recent independent annual review of Ireland’s fish stocks known as The Stock Book 2.