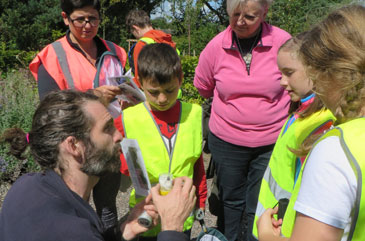 Primary and Secondary Schools can become a member of the Irish Wildlife Trust and avail of the benefits of membership.

Schools and Community Groups can avail of our education programme. 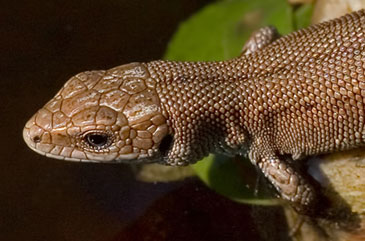 Citizen science is usually research projects where the public is directly involved, often involving recording species or changes in the environment around you, and where data can help inform both professionals and the wider community.

We are calling for records of once-off sightings from the public as well as recruiting volunteers of the native common lizard (Zootoca vivipara) and the introduced slow worm (Anguis fragilis) in their local area.

The People for Bees project will see us deliver training on bee identification, bumblebee monitoring, and bee friendly habitat creation to community groups and members of the public in every province of Ireland.

Our Waterways for Wildlife programme sees IWT staff and volunteers conducted a wildlife survey of a stretch of the Grand Canal, during which the local community play a full role in documenting the natural heritage found. 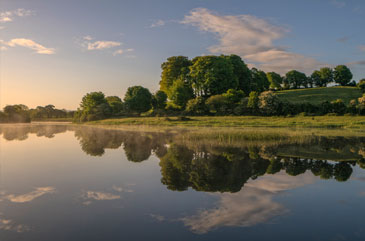 One of the IWT’s goals is to give a voice to nature and campaign for the continued protection of Ireland’s wildlife.

The Irish Wildlife Trust believe that the proposed changes to Section 40 of the Wildlife Act contained in the Heritage Bill 2016 are unjustified and damaging to natural heritage.

The Irish Wildlife Trust opposes the use of badger culling as a technique for Bovine Tuberculosis management in Ireland.

The IWT manages a network of reserves around the country that it aspires to expand in order to protect more and more of Ireland’s wildlife and their habitats.