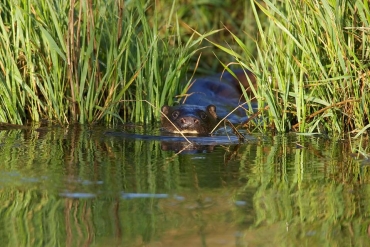 Anecdotal evidence suggests otters are becoming more common in Galway City. Even though they are a shy species, otters are frequently seen near the city’s waterways, including the canals, the Cladagh Basin, the Corrib and around the Claddagh beaches.

IWT Galway are planning to undertake a series of otter surveys of city waterways this spring, which will involve collecting otter spraint (scat) for further study, to find out more about the city’s otter population and which parts of the city these mammals inhabit. If you are interested in getting involved, email us at iwtgalway@gmail.com.

Details on a public workshop on otter surveying methods will be announced shortly.

Members of the public are also encouraged to submit details of any sightings or photos of otters from within the city area and its surroundings to us by email, or you can post them to our Facebook page: https://www.facebook.com/galwaywildlife