Press Release: Keep an eye out for roaming reptiles! 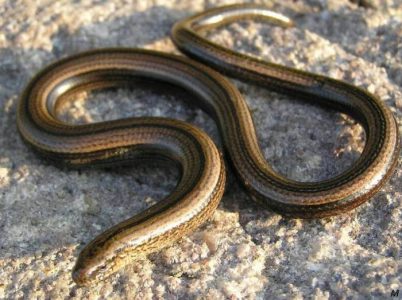 Have you seen a roaming reptile recently? With winter finally behind us it’s the beginning of lizard season and the Irish Wildlife Trust is calling on people to get out and start reptile recording. As part of our National Reptile Survey we are asking the public to send in sightings of Ireland’s two land dwelling reptiles, the viviparous lizard and the slow worm. Your sightings will be used to map the Irish distribution of these two fascinating creatures, and every record helps.

Ireland is home to two species of land dwelling reptile, the viviparous lizard and the slow worm. The viviparous lizard, or common lizard, is a native Irish reptile. This elusive little creature is found throughout Ireland in areas such as bogland, coastal site and grasslands. It is about 13cm long and feeds on small insects, spiders and slugs. This lizard has adapted to cool climates such as ours by giving birth to live young. This is a rarity in the reptile world, where most species lay eggs in order to reproduce. Our second reptile, the slow worm, is truly a peculiar creature. It looks like a small snake but is in fact a legless lizard. Yes, a lizard that has adapted to a life without legs, sliding through the undergrowth hunting slugs and slow-moving insects. An adult slow worm is about 45am long and is harmless to humans. It is thought to have been introduced to Ireland in the 1970s in the Burren region, where it is still found today.

Both species can be seen from April onwards basking on sunny rocks, stone walls and earth banks or you may come across them taking refuge under logs or stones. A second peak in the sighting of theses creature is in late august when the young are born and immediately start to fend for themselves hunting and basking just like their parents. If you come across one of these reptiles while out and about the IWT are asking you to get in touch with your reptile record to help them understand the spread of these two species in Ireland. To report sightings contact the IWT at research@iwt.ie with the date and location of the sighting and a photo if possible.

Species surveys are one of the IWT’s core activities along with education and campaigning.  According to survey coordinator Kieran Flood, “Wildlife monitoring such as this is essential to ensure our precious wildlife is surviving in the modern Irish landscape and public sighting schemes are a fantastic way to monitor our wildlife”.  To see how this year’s survey progresses keep an eye on the project web page https://iwt.ie/what-we-do/citizen-science/national-reptile-survey/ where update will be posted and you can view our new film on Irish reptiles.

We would like to thank Dublin Zoo for supporting this initiative.