A revolution is underway

A revolution is underway

Loss of biodiversity is a sad feature of humanity since our earliest ancestors first left the plains of Africa, but it was the arrival of Christopher Columbus in the Americas in 1492 that unleashed an assault on the natural world unlike anything seen in human history.

The spread of European colonialism had dire consequences for human populations but it also spelt disaster for the non-humans. The colonists slaughtered animals with a frenzied zeal, sometimes for food or fashion (think of the trade in furs or feathers that exterminated animals across the Northern hemisphere) but frequently it was just for fun. British administrators in India and East Africa spent their weekends shooting tigers and lions and anything else they could aim their guns at. In the late 1700s, shipwrecked Russian explorers in the North Pacific shot the herds of sea cows for food and hides and the great beasts (females grew to over eight metres in length) were extirpated within 27 years of their discovery. There are many stories like it.

The slaughter of the great whales is the stuff of legends but when he published Moby-Dick in 1851, Herman Melville pondered whether the behemoths could sustain “so remorseless a havoc”. “Does the whales magnitude diminish? – Will he perish?” Melville thought they wouldn’t, and he was right.

The worst of the havoc had yet to come but despite an industrial onslaught during the 20th Century, and from which the ocean has not fully recovered, the whales did not perish. No species of whale went extinct and whaling more or less came to an end in 1982. This was because of a sustained campaign among ordinary people that saw whales as worthy of existence, possessing intelligence and emotion not unlike our own.

In fact, long before this, attitudes to the non-human world had shifted decisively. The Royal Society for the Protection of Birds was established in the UK in 1889 in protest at the use of bird skins and feathers in the fashion industry. In 1960s Ireland, the Tourist Board was encouraging visitors to fish for sharks around the coast, all of which were killed, brought ashore to be weighed and measured, before being dumped back in the sea to be eaten by crabs. But by 2009, when a Swiss tourist caught a giant six-gill shark off the coast of Clare and brought it ashore to be hoisted onto a forklift truck, there was an outcry. Catch and release is the norm among anglers today, not because of any legislation or conservation effort (because, trust me, there has been none) but because the ethic in the sport has flipped in favour of the fish.

In evolutionary terms, this makes no sense. While humans are the only animal known to directly cause the extinction of another species, we can also be set apart from the rest of the animal world by how we voluntarily restrain our activities expressly to prevent the extinction of another species. This has allowed for the recovery (albeit tentative in many cases) of numerous species, from beavers and wolves to tigers and Iberian lynx. In Ireland, a prohibition on hunting of seals and pine martens in the 1970s led to a recovery in numbers. 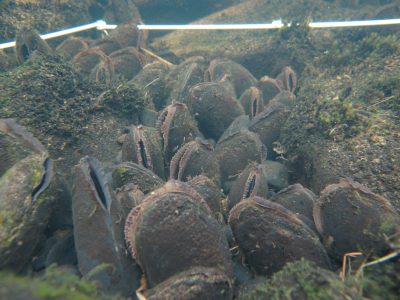 Do endangered species like the freshwater pearl mussel have a right to exist? c: Eugene Ross

This is nothing less than a revolution in our relationship with the non-human world but one which has nonetheless been insufficient to stop what UN secretary general António Guterres has repeatedly referred to as “the war on nature”. But look closely and you will see that another revolution is underway.

At the National Biodiversity Conference in June, the Taoiseach Micheál Martin, acknowledged that for too long biodiversity loss in Ireland has been ignored and that “the great mistake of our species is to think that we are somehow separate from nature; that we can continually hollow out natural systems without consequence for our own wellbeing”.

The Taoiseach is not alone. In the last five years there has been an explosion in grassroots action in Ireland in the face of the biodiversity crisis. The Farming for Nature initiative, the all-Ireland Pollinator Plan, the campaign to save Ardee Bog, Co. Louth from a road development, the coming together of inshore fishers to protest at on-going pair trawling of the bays and estuaries, the Save Leitrim group objecting to plantation forestry in their county, the community of Bantry Bay in Cork fighting a proposal for mechanical extraction of seaweed are just a few of the notable demonstrations by local people that are signalling how attitudes towards nature in Ireland are changing fast.

In May of this year, the Citizens’ Assembly on biodiversity loss got underway to address, among other things, “opportunities to promote greater public understanding of, and support for, urgent action in response to the biodiversity emergency”. It is the first exercise of its kind in the world. Already the citizens are asking the big questions, not only about how we have been landed with this mess but how an ethical shift in the debate is needed to get us out of it. They have been given presentations from legal experts, who have highlighted how the Irish constitution currently contains no mention of nature or biodiversity and no over-arching right for people to a healthy environment.

A Citizens’ Assembly for young people took place over two weekends in October, and one of their six key messages is that “We must treat the Earth like we do our family and friends, and give [it] the right to be treated with kindness and respect”.

Rights for nature would acknowledge that nature has a right to exist, that we don’t have a right to drive any species to extinction, indeed that plants, animals, fungi and even whole ecosystems (bogs, rivers, forests, off-shore reefs etc.) have a right to flourish and evolve. The recent granting of ‘legal personhood’ to the near-dead Mar Menor (a marine lagoon) in Spain was highlighted.

Like recent referendums in Ireland on marriage equality or abortion, a change to our constitution would mark a radical shift in our acceptance of heretofore ignored or marginalised groups (in this case the non-human world). It would also have a practical consequence as nature would have recourse to the courts to uphold its rights (just like companies, countries and corporate entities have enjoyed for decades). Can we imagine such a dramatic transformation in our thinking?

I think we can because it’s already happening.

You can make a submission to the Citizens’ Assembly on biodiversity loss by emailing submissions@citizensassembly.ie or see here for more details.