Brazil’s national election and the fate of the Amazon

Brazil’s national election and the fate of the Amazon

Once again Brazil is preparing for a presidential election, only this time the date is surrounded by even more attention and tension than normal. After four years of the government of Jair Bolsonaro, champion of the loosening of environmental protection laws and of the expansion of agribusiness and mining in the Amazon region, the outlook can appear bleak to lovers of nature and of Brazil’s stunning natural wonders in particular. However, many Brazilian voters are keen to see some light at the end of the tunnel and awareness of the importance of the protection of the Amazon is growing among the electorate. 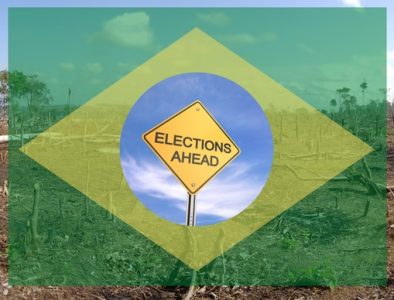 Recent research carried out in Brazil by the Climate and Society Institute (Instituto Clima e Sociedade) shows that awareness of the importance of protecting the Amazon grew in the final stretch of the 2022 election campaign, as did the degree of information possessed by Brazilians on the subject. The survey found that not only are Brazilians paying more and more attention to the plight of the Amazon, but that they are increasingly inclined to take the issue into consideration when voting. The vast majority said that the likelihood of them voting for one of the candidates would be increased if they presented a specific plan to protect the Amazon. Furthermore, a slim majority (51%), classed the work of the Federal Government to-date to protect the Amazon as bad or terrible.

This is hardly surprising given that during his term Bolsonaro has dismantled and even sabotaged the work of Brazil’s own environmental inspection bodies. One non-governmental organization (NGO), the Articulation of Indigenous Peoples of Brazil, highlighted that the Brazilian President has weakened the application of environmental laws, facilitating the actions of criminal networks that engage in illegal deforestation in the Amazon and use intimidation and violence against forest defenders. The terrible fate of Bruno Pereira and Dom Phillips only three months ago provides further proof, if it were needed, of the dangers faced by these communities in defending their lands. Furthermore, Bolsonaro has accused indigenous people and NGOs, without any proof whatsoever, of being responsible for the destruction of the forest.

All the while, the devastation of the Brazilian Amazon continues apace. August 2022 confirmed the accelerating trend observed throughout the year, with more than 1,660 km² of forest felled. This is the worst monthly aggregate in 2022 and the third worst in the Deter-BO (1) historical series, a tool launched in 2004 to help with the work of Ibama and other environmental and protection agencies through the issuance of deforestation alerts. August’s alarming deforestation numbers are also reflected in an increase in the number of illegal fires detected. According to Greenpeace the number of fires in August was up 18% on the previous year to a staggering 33,116 fire hotspots, the highest number since 2010. 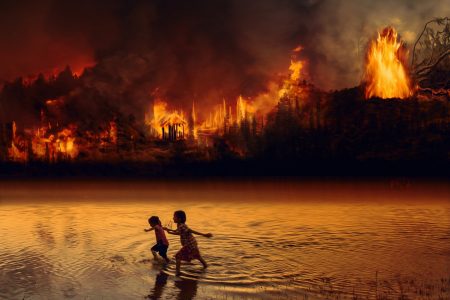 The collapse of the Amazon ecosystem is a very real possibility

The close link between deforestation and illegal fires points to a major culprit behind Brazil’s environmental problems: agriculture, or specifically the extremely intensive agricultural practices geared towards increasing the area under cultivation for a number of key products, particularly soybeans and beef (Brazil was the largest exporter of both in 2021). Events on the ground often follow the simple pattern: an environmental crime starts with the cutting down of the forest. After the deforestation comes the fire, clearing the ground for the arrival of pasture. Deforested, burned and cleared, the area is now free for agriculture. This cycle is one of the major causes of devastation in the Amazon and one of the main reasons illegal fire rates track those of deforestation so closely. “In the Amazon, fire basically happens for two main reasons: ‘cleaning up’ deforested areas and renewing agricultural land, such as pasture and agriculture, be it family or large-scale. So when there is an increase in deforestation, more fires automatically occur in the region” says Sonaira Silva, professor and researcher at the Federal University of Acre (Ufac).

The successive records of fires and deforestation that have occurred throughout the Amazon and the Pantanal during the Bolsonaro administration, in addition to the weakening capabilities of environmental inspections and the agencies responsible for the forest’s protection, have however ended up alerting the population to the problem and the pressing nature of the subject. Deforestation in Brazil tends to attract most media attention and for good reason: it harbours by far the largest share of the Amazon on its territory (60%) and although it boasts strong legislation theoretically protecting the rainforest, in recent years it has seen its environmental law enforcement agencies undermined and weakened. That this is in no small part due to the actions of its own elected head of state attracts further commentary. Regardless, deforestation numbers continue to increase, as do the number of fires in deforested areas.

Large-scale deforestation in the Amazon accelerated and reached a fifteen-year high in 2021. According to the Brazilian Institute of Geography and Statistics (IBGE), Rondônia, for example, has almost tripled the area used to plant soybeans in the last decade (2009-2019). As seen in unpublished data from the PlenaMata Forest Monitor, an initiative to end deforestation by MapBiomas, InfoAmazonia, Natura and Hacklab, more than 400 million trees were felled in the Brazilian Amazon between January 1 and September 15 this year. Faced with this escalation in tree felling, research from Datafolha show that many Brazilians consider forest restoration as the most effective measure to combat deforestation, in addition to field inspection, with the application of fines and seizure of equipment.

It’s no secret that Jair Bolsonaro has strong support from the powerful agriculture lobby, which finances his re-election campaign. Since taking office in 2019 he always made it clear that he defends the economic exploitation of the Amazon. He even presented and defended a law that regulates the exploration of ores, hydrocarbons and the hydroelectric potential in Indigenous Lands. If approved and implemented, not only will the environment be destroyed, but the livelihoods of Indigenous people will also be harmed and the Amazon’s ability to store and emit carbon will be jeopardized.

However, this strategy is high-risk (in more ways than one) and must be very well calculated to succeed, as some large countries that import products from Brazil are already beginning to be influenced by a changed attitude on the part of their population. Recently, for example, the European Union demanded that Brazil provide certificates of origin for certain products so that they can be traced, forcing companies to ensure that goods sold in the EU do not contribute to forest destruction. The government is under international pressure to take stronger measures to protect the Amazon region. 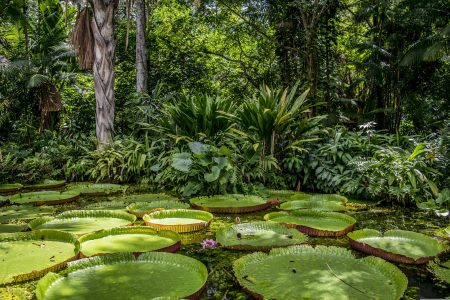 During an election year, candidates for the presidency of the Republic publish a plan with their proposals for the country. The document includes the presidential candidate’s ideas and objectives for one of the most important issues on the planet today: protection of the environment. A survey coordinated by Ecoa and Greenpeace evaluated the government plans of the four candidates with the highest voting intention numbers in 2022 (Lula, Bolsonaro, Ciro Gomes and Simone Tebet). Even though the four government plans analyzed included sections on the environment, climate, deforestation, human and indigenous rights, as well as mentions of democracy, much more is needed. A real commitment to and implementation of environmental policies is necessary.

There are a series of solutions that are highlighted and several projects that could be developed geared towards protecting the Amazon and nature as a whole. Projects that aim to unite the private sector, public organisations, and civil society, mainly local organisations that are often anchored in riverside and indigenous and rural populations such as small or family farmers, which should be part of this linked business bioeconomy scenario allied to nature conservation.

The fate of the Amazon depends on Brazil’s national election on Sunday. Therefore, as Brazil goes to the polls for the first round of elections, nature lovers everywhere will be hoping that Brazilian voters will keep in mind their commitment to the Amazon and to all of us.