Doing Nothing on the Bogs

Doing Nothing on the Bogs

It’s nearly a decade since I travelled to Glenveagh in Donegal to look at what I had been told was widespread illegality and habitat destruction inside the eponymous National Park. I found the accusations hard to believe at the time, given the high profile of the Park but there it was, in front of my own eyes. The Park is also a Special Area of Conservation (SACs) for its important blanket bog habitat as well as a Special Protection Area for critically endangered birds, including the dunlin and golden plover which nest on healthy bogs. The park is also home to the struggling golden eagles which were reintroduced to Ireland in the late 1990s. These protections have the full force of national and EU law and yet in four areas of the park I was looking at the use of turf-extruding ‘sausage machines’, something that had been banned on blanket bogs in SACs a few years previously.

For good measure, the place was strewn with dumped tyres and what looked like debris from a house renovation – old radiators, plaster board etc. There was great interest by the media in our revelations, more due to the dumping than the illegal habitat destruction, but not a single politician at the time spoke out. We had contacted the minister for heritage at the time, Jimmy Deenihan (Fine Gael) as well as all the TDs in Donegal – hoping that maybe the tourist value of the National Park at least would prompt a reaction. But there was nothing, from any of them. The park authorities were embarrassed by the media images and were quick to remove the rubbish. 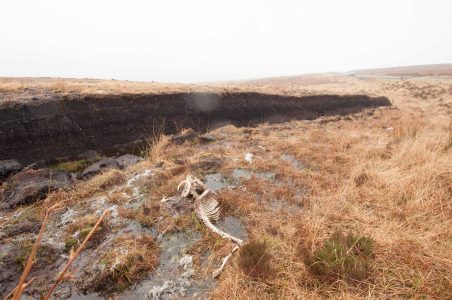 Five years later, I returned to find pretty much nothing had changed. The sausage machines were still working away while the rubbish this time consisted of dead sheep and what we believed were sheets of asbestos.

Efforts to conserve important peatlands and to regulate mining activities on those where there was little or no remaining ecological value date to the 1980s but the degree to which politicians have done nothing is extraordinary. After agreeing to protecting a selection of the last remaining areas of raised bogs in the early 1990s, when then minister Micheal D Higgins (Labour) transposed the EU Habitats Directive into law, there was acknowledgment that turf-cutting in SACs had to end.

However, at the first sign of controversy (and after Higgins had left office), the Fianna Fáil government agreed to a unilateral derogation from the law for 10 years. Only when the Green Party’s John Gormley held the heritage portfolio was action taken to enforce the need to stop turf-cutting in the 50 or so raised bogs that were designated as SACs. The enforcement was protracted and vexed, during the economic crash, and then, as now, there was widespread misinformation that what the Greens wanted was an end to all turf-cutting. Images of grannies freezing to death for the want of a sod to throw on the fire still colours the narrative of this debate.

Jimmy Deenhan, rather than doing his job and standing up for the protection of our heritage, publicly bemoaned the fact that this task fell under his remit, saying that he’d have much preferred had it been confined to just the arts and culture stuff.

By 2015, an over-arching Peatlands Strategy was published with grand plans and compensation for the turf-cutters who had to move elsewhere, comprising €1,500 per annum for 15 years with an additional €500 up front, or relocation to a turf bank elsewhere. However, turf-cutting continues on up to a third of these SACs and nothing is done to stop it. The European Commission, worn out trying to get Ireland to comply with the Habitats Directive, has all but given up its effort to stop the destruction of bogs. Locals have reported to me that the lack of any state enforcement is encouraging those who gave up their turf-cutting to head back out to the bog with their diggers. 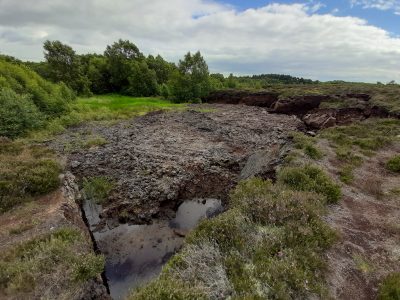 On the vast blanket bog SACs of the uplands and west of Ireland meanwhile, there has been little advance on the promises of the Peatlands Strategy which envisaged management plans and consultation with locals (although a new EU-funded LIFE project, has started to deal with a chunk of them in the north-west).

Away from conservation areas, the studious determination not to implement planning laws and rules on Environmental Impact Assessment have seen the shutting down of industrial-scale peat mining. Instead of helping to prepare their constituents for a post-carbon future, politicians have mostly resisted the idea that we should get serious about implementing environmental rules. For example, Fine Gael’s Regina Doherty recently introduced a private members bill to allow for more peat mining in contravention of the law, something she must know is doomed to failure given her former colleague, Eoghan Murphy, tried (and failed) to do the same in 2019.

This week’s row over the selling of turf has followed what is now a well-honed playbook used by many politicians to ensure that precisely nothing is done about the bog issue. Only last week, the Intergovernmental Panel on Climate Change said that the goal of staying within 1.5 degrees of warming over pre-industrial levels was “slipping away” and, if it was to remain in sight, we had only two-three years to get on a rapid downward emissions trajectory. Yet politicians like Doherty, in opposing the introduction of a ban on turf sales in the autumn, insisted that “change takes time”, her party colleague Ciaran Cannon said the time for action is “certainly not now”, Fianna Fáil’s Timmy Dooley, someone who has made positive contributions to the Oireachtas Environment and Climate Action committee, said “[burning] turf is not the problem” (the EPA says 1,300 people are dying every year from breathing polluted air from the burning of solid fuel – including turf, smoky coal and poor quality wood). Last Thursday, I watched Sinn Fein’s climate spokesperson, Darren O’Rourke, dither on RTÉ’s Prime Time about their position on this issue while party leader Mary Lou McDonald told Newstalk radio that while, yes, we have to phase out the burning of fossil fuels, we should nevertheless ‘pause’ the proposed ban on selling dirty fuels. 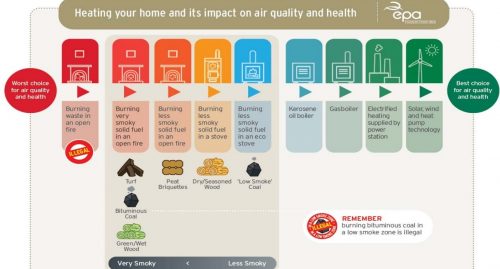 The debate this week has shown that people who use peat for fuel have more attachment to keeping their home warm than to the peat itself. The government, which will get €13.3 billion from the EU over the 2021-2027 period to implement the Green New Deal, needs to do whatever it takes to scale up the retrofitting of homes. But what we can’t do is further delay measures which we know must be taken. We simply can’t allow our politicians to continue to do nothing on the bogs.