On hen harriers and water quality

On hen harriers and water quality

Two programmes underway to address environmental issues show how change can be achieved, but also the challenge that lies ahead.

Are we addressing the biodiversity emergency? Well, yes and no.

There’s no question but that a slew of programmes and measures have been developed in the past five years or so which are at least addressing some of the issues. There are two in particular which have been in the news recently and which are both widely touted as positive examples of how progress can be made: the Hen Harrier Project and the Agricultural Sustainability Support and Advisory Programme (ASSAP). The first, as its name suggests, is designed to help reverse the slide to extinction of the hen harrier, a charismatic bird of prey. The second is about protecting water quality. Both are directed at farmers and both have published reports in recent weeks on their progress. Let’s first take a look at the Hen Harrier Project.

This was set up in 2017 to address the decline of hen harriers within the six Special Protection Areas (SPAs) which have been designated for their protection. Previous survey reports had highlighted how the birds were faring worse inside these areas than outside them. This gives a hint as to what happens when you draw lines around areas without proper landowner consultation or the incentives to promote conservation. But, after many years of acrimony the Hen Harrier Project was set up to address this using the ‘results-based’ model pioneered in the Burren in Co. Clare. This sees farmers working with ecologists to manage the land in sensitive ways. In turn, the participating farmers are rewarded for improvements to habitat quality with a top up bonus where the birds are actually nesting. The scheme is voluntary, so no one is forced to do anything. Now entering its fifth year, the latest annual report tells us that 1,600 farmers are managing c.40,000 hectares of land, comprising 70% of the agricultural land within the six SPAs. Over €4 million of public money has been directed to farmers and, since the actions benefit not only hen harriers but carbon storage, water quality and biodiversity more broadly, the public gets a good return on its investment.

However, the scheme has also exposed its limitations. Around half of the land in the six SPAs is under industrial plantation forestry and this continues to be a major threat to the hen harrier. A ‘threat response plan’ triggered under EU law to prevent further declines of the bird back in 2012, has, incredibly, yet to be published. The latest Hen Harrier Project annual report sadly shows limited improvement in the status of the bird itself. Overall, the number of confirmed breeding pairs is fairly steady at 62 but recruitment (the number of chicks that managed to leave the nest) was at an all time low in 2021. While the Mullaghanish to Musheramore SPA in north Cork saw an improvement, with six young fledged, the former stronghold of the Slieve Blooms SPA in Laois/Offaly saw no young at all, an “alarming setback” according to the project. Tragically, a large fire during the nesting season at the Stacks to Mullagherierks, West Limerick Hills and Mount Eagle SPA (Limerick/Kerry) destroyed a nest and the habitat around it. It can be argued that four years is not long enough to see habitat changes which then benefit the breeding success of hen harriers but it’s hard to see progress while Coillte’s commercial forestry operations continue with business as usual. Other pressures on our uplands which are beyond the scope of the Hen Harrier Project meanwhile, especially fires, but also overgrazing by sheep, are not being adequately tackled. 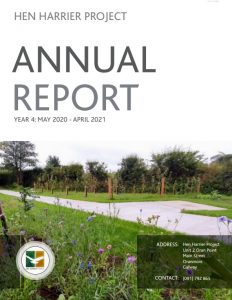 The ASSAP project also seeks to draw on the knowledge and participation of farmers. Its aim is to reduce the pressure from agriculture on water quality in 190 ‘priority areas’ as part of Ireland’s efforts to achieve ‘good status’ in all of our water bodies under the EU’s Water Framework Directive. According to the Environmental Protection Agency, agriculture is the number one pressure on water quality nationally and pollution levels in the dairy heartlands of the south and east in particular (but also locally in places like Monaghan and east Donegal) has risen dramatically since the lifting of milk quotas. A total of 31 ASSAP advisors are funded through two government departments as well as dairy processors. The advisors are invited onto farms to provide confidential advice on reducing run-off and preventing pollution entering water courses. The second interim report for the programme highlights how, by the end of 2020, advisors had carried out 1,810 assessments on farms in 98 of the 190 priority areas. This included 391 follow up visits to monitor implementation of suggested improvements. Unlike the Hen Harrier Project, farmers receive no payments for improvements and their participation is entirely based upon their goodwill and willingness to engage. 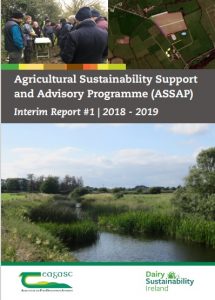 There is no evidence yet that ASSAP is achieving improvements to water quality. A claim in a recent Irish Farmers’ Association press release that “70% of the water bodies that have completed fieldwork under the programme have shown net improvement in water quality” is not backed up by any data. Yet, I understand that the engagements between advisors and farmers have produced results in so far that some significant sources of pollution have been identified and curtailed. Measuring success will be difficult as rivers are under pressure from many sources, not only agriculture, but faulty septic tanks, urban wastewater, forestry and OPW flood works to name just a few. While the value of person-to-person engagement is evident, that nearly half of the ‘priority areas’ have received no visit (not to mention the rest of the polluted rivers and lakes which are not a priority) clearly shows that we will need many multiples of the 31 advisors.

Are programmes like the Hen Harrier Project and ASSAP useful? The answer is a qualified yes.

Yes, they show how we can work with farmers to effect positive change. They clearly demonstrate that farmers are eager to do their bit and that there is no substitute for in person engagement at the farm level. However, we have many dozens of these schemes running across the country from EU funded LIFE projects to European Innovation Partnerships (EIPs) and they’re all running up against similar barriers. Specifically, they put all the emphasis on the farmer changing their behaviour. They do not treat the issues concerned in a holistic manner, e.g by also accounting for other pressures such as industrial forestry, OPW works etc. In other words, the state and its agencies remain firmly off the hook.

There is also the unintended ‘fig leaf’ consequence. That is, the project acts as a deflector shield to avoid the systemic changes that are needed in farming and state engagement. There is a risk that they will all be kept small and limited in their scope so that government and farming organisations will be able to use them to distract from the more fundamental issues that are driving the pollution and high extinction rates. The Burren project, so universally hailed as a success, is 20 years old, yet the government’s latest agri-food plan shows that there is no intention of using it as a model for sustainable food production. We see from the IFA press release that the multi-billion euro dairy industry is happy to pay for 11 advisors and extrapolate the effort to make unsubstantiated claims, thereby masking the appalling pollution of our rivers and lakes from this sector.

So, yes projects like these are all good, but are nowhere near good enough. The biodiversity crisis is not yet being treated like a crisis which would allow us to then focus on the transformation needed in the food and land use sectors.