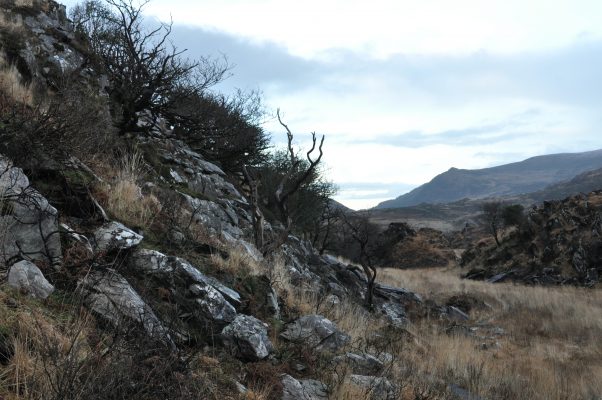 The Irish Wildlife Trust (IWT) is calling for a full investigation into the causes and consequences of the fire which has destroyed swathes of Killarney National Park over the weekend. We are also calling on Ministers Darragh O’Brien and Malcolm Noonan (Dept. of Housing, Local Government & Heritage) and Ministers Charlie McConalogue and Pippa Hackett (Dept. of Agriculture, Food and the Marine) to initiate an emergency response to the spate of out-of-control fires which are devastating wildlife habitat, poisoning air and water and releasing greenhouse gases. The fire at Killarney National Park was only one of a number of fires on upland areas in recent days and are part of an annual ritual which has been going on for over a decade.

The IWT feels that the law surrounding these illegal fires must be enforced and a cultural shift is needed to discourage the burning of land for agricultural purposes. Politicians and farming organisations must show leadership in this regard.

An investigation into the fire in Killarney National Park should identify the areas burnt and the associated greenhouse gases and other pollutants which were emitted. Preliminary evidence suggests that areas with woodland cover were less affected by the flames, which were concentrated on areas of degraded open moor and heath. Killarney National Park has no active management plan while problems associated with over-grazing by deer and sheep, as well as infestation by rhododendron are well documented. These issues have contributed to the fires to which the park is subjected annually.

As part of the emergency response we are calling on the ministers at the two departments to:

·         Immediately suspend the ‘eligibility’ rule which penalises farmers for having land not in grazable condition for farm animals.

·         Calculate the greenhouse gas emissions from these fires and add them to our national inventory.

·         Expedite management measures for all upland Natura 2000 sites (Special Areas of Conservation and Special Protection Areas) as no such plans exist. These must focus on rewetting peatlands, ceasing damaging activities such as turf-cutting and sheep grazing, and afforestation with native species where appropriate. Healthy wetlands and woodlands are fire resistant as well as providing ancillary benefits to water, carbon storage and wildlife.

·         A prohibition of all burning of peatlands and the promotion of programmes for rewilding and/or ‘high nature value’ schemes to benefit farmers and landowners.

IWT Campaigns Officer Pádraic Fogarty says “it’s nearly two years since the Dáil declared a climate and biodiversity emergency yet we are still waiting on emergency measures which would break the annual cycle of infernos that has wreaked havoc on our natural environment. We know what those measures are but we have so far lacked the political will and leadership from farm organisations to see these through.”