PRESS RELEASE: Ministers fail to live up to talk of a ‘Green New Deal’ as overfishing set to continue 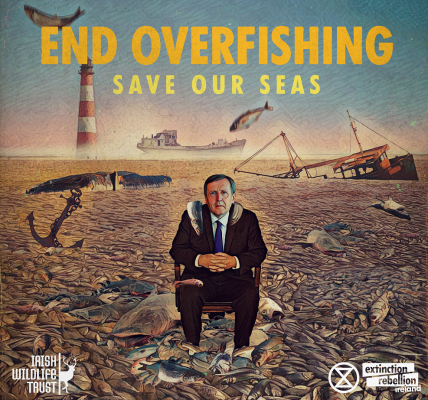 Despite a legal deadline of ending overfishing by 2020, and much hype from the new European Commission of a ‘Green New Deal’, Ministers, including Ireland’s Michael Creed, decided last night (December 17th) to defend the status quo and continue on the path of ecological collapse. Fishing for a number of fish, including cod in the Celtic Seas where scientists recommended that zero fish be caught, will continue.

IWT Campaign Officer Pádraic Fogarty says “We have once again witnessed a failure of ambition, courage and vision and the continued capture of the political establishment by the fishing industry. There are very few people in Ireland who will cheer this result. As the climate and biodiversity emergency intensifies it is a cause of great concern that the European Commission and our national politicians cannot uphold the law which was written for the common good.”

The IWT reiterates its call for an end to the indiscriminate and ecologically destructive practice of bottom trawling, which results not only in overfishing but wasteful discarding of marine life and the destruction of habitats. We must also step up our efforts in the creation of a coherent and well managed network of marine protected areas (MPAs) which includes no-take marine reserves where fish stocks can recover.