The Irish Wildlife Trust (IWT) is supporting the ‘Save Leitrim’ campaign which is organising a protest at the Dáil this Wednesday at 11am. We are urging people concerned with current forestry policy to turn up and send a clear signal to politicians that the continued drive to expand conifer plantations across Ireland is having major negative consequences on communities and the environment. 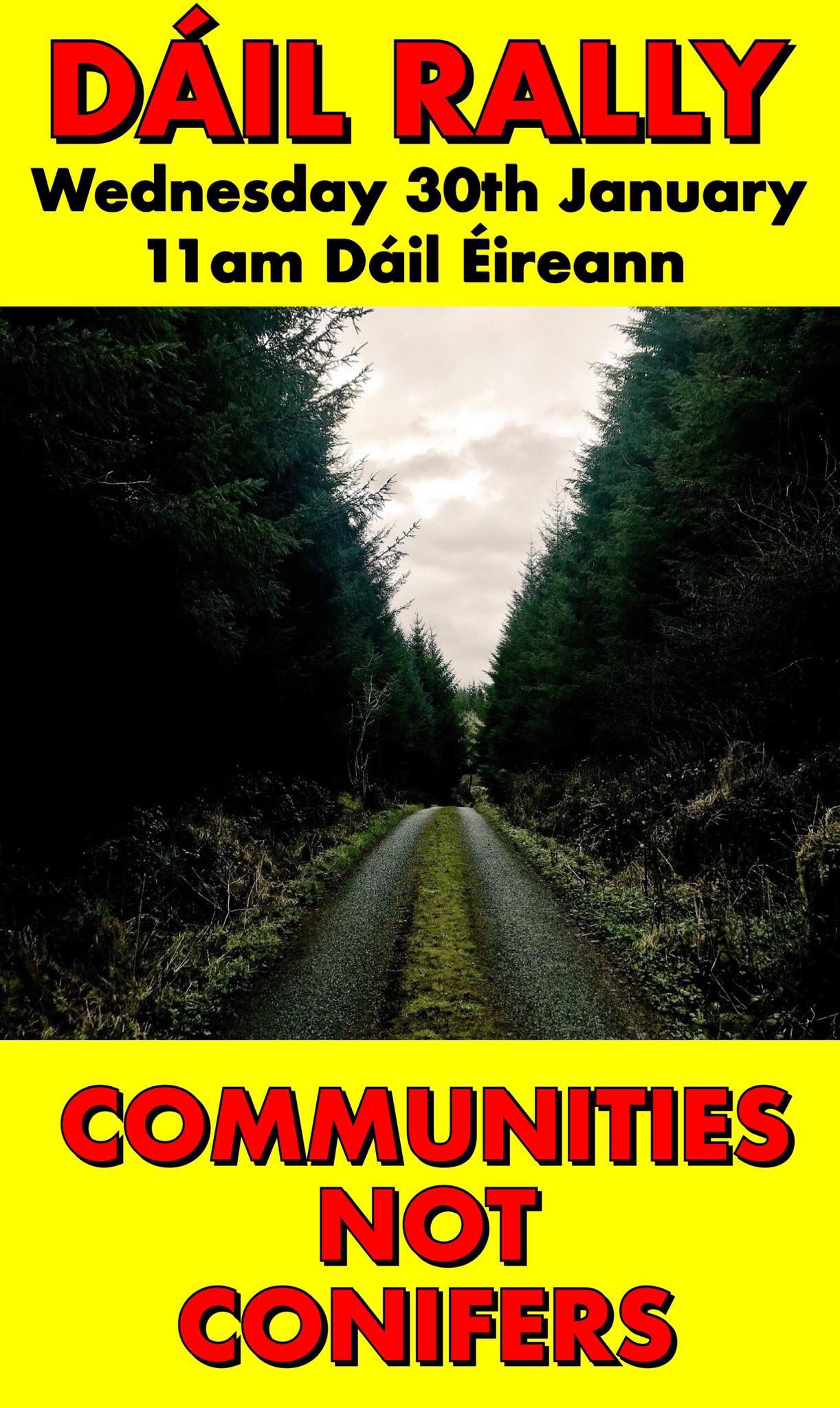 IWT campaign officer Pádraic Fogarty says “our native woodlands have all but vanished while already over 10% of our land is carpeted with lifeless plantations of non-native conifers. These are a major driver of extinction in Ireland and have been identified by the EPA as one of the principle sources of water pollution. The method of felling, referred to as ‘clear felling’ results in massive pollution run-off and leaves a devastated landscape in its wake.”
Edwina Guckian, from the Save Leitrim campaign, says: “Irish Government forestry policy has now reached a point where it is incentivising the replacement of people in communities with large swathes of non-native mono-culture conifers. This is having a very serious and negative impact on people, their lives, their mental health, businesses, communities, biodiversity and our environment. We need the right trees, in the right places used and managed in the right way.”

A forestry policy that is sympathetic to local communities and biodiversity is possible. It should be based on native tree species and ‘continuous cover forestry’ which protect water and wildlife, store carbon, alleviate flooding and provide sustainable economic opportunity for people.