PRESS RELEASE: Protections for the Freshwater Pearl Mussel must be upheld

Protections for the Freshwater Pearl Mussel must be upheld

The Irish Wildlife Trust (IWT) is calling on the government to uphold protections for the Freshwater Pearl Mussel, among the most endangered animals in Ireland. This week a number of Cork County Councillors wrote to the Minister for Culture, Heritage and the Gaeltacht asking that protections for the critically endangered species be removed along the Munster Blackwater River, where a Special Area of Conservation (SAC) has been established for its protection.

This follows an effort by the Minister for Culture, Heritage and the Gaeltacht to delist the freshwater pearl mussels as a ‘qualifying interest’ in the SAC and which was successfully challenged in the High Court. 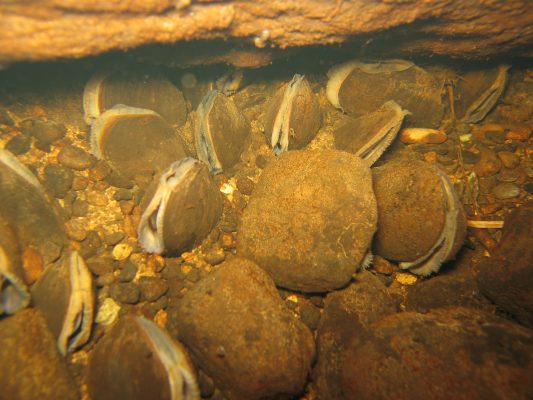 The IWT believes that it is outrageous that we should continue to be putting our efforts into weakening existing legislation at a time of biodiversity crisis and mass extinction. The Freshwater Pearl Mussel requires very clean water to complete its life cycle and in Ireland we have witnessed a collapse in water quality in recent decades with only 20 ‘pristine’ water bodies left in the country according to the Environmental Protection Agency (down from over 500 in the 1980s)[i]. As a result, nearly all populations of the mussel, which can live for over 100 years, can not produce offspring. The EPA says that the greatest pressure on water quality in the River Blackwater is agriculture, followed by forestry, land drainage and urban wastewater discharges[ii].

IWT Campaigns Officer, Pádraic Fogarty says “Too many people continue to believe that it’s ok to drive a species to extinction for the sake of economic growth. We saw that this week in Cork County Council. It’s exactly the mentality that has led to the enormous environmental problems we live with today. Councillors should instead be appalled at the chronic level of pollution and habitat degradation that exists in their county.”

People depend upon good water quality just as much as the freshwater pearl mussel. Our futures are inextricably linked to the fate of the living world around us. The IWT would like to thank Green Party councillor Alan O’Connor who was a dissenting voice on Cork County Council on this issue. We’d also like to thank Peter Sweetman who successfully took this case to the High Court.

Following the High Court decision the government and Cork County Council should energetically work towards addressing the serious water quality issues in the county and restoring the freshwater pearl mussel population.