Real Marine Protected Areas are within the EU’s grasp

Real Marine Protected Areas are within the EU’s grasp

An important vote on the Initiative Report of MEP Isabel Carvalhais “Toward a sustainable blue economy in the EU: the role of the fisheries and aquaculture sectors”, is taking place in the European Parliament on May 3rd. MEPs will have the chance to vote on prohibiting bottom trawling in Marine Protected Areas. This vote would be an important first step to putting the EU on the right track to protecting and conserving the ocean, an area in which the EU lags far behind many coastal states. 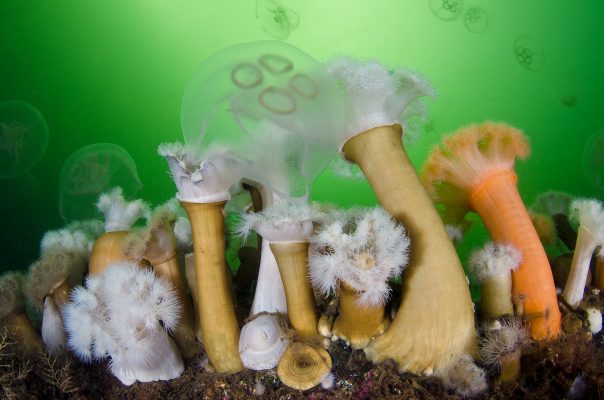 A group of plumose anemones (Metridium senile) feeding on a moon jellyfish (Aurilia aurita), which they have captured. Loch Long, Argyll and Bute, Scotland, British Isles. From Scotlandbigpicture.com

The Irish public has recently shown strong support for marine protected areas in Ireland. After the report ‘Expanding Ireland’s Marine Protected Area Network’ was published in 2020, 99% of all 2311 consultation submissions supported MPAs. There was also a strong support for the target to protect 30% of Irish waters by 2030 and calls to position Ireland as a world leader in MPAs. Furthermore, research done by the Fair Seas campaign has shown that 75% of Irish people understand the importance of healthy seas in reducing climate change, due to the ocean’s ability to store carbon and regulate our global climate.

Current EU MPAs do not deliver on the public’s call to improve ocean health and climate, because the vast majority of MPAs allow bottom trawling – a practice that destroys habitats and churns up seabed sediment, reducing the ocean’s ability to store carbon. In fact, less than 1% of European waters are effectively protected from high-impact activities. Other supposedly protected areas are merely “paper parks” that claim to provide protection, but in reality allow destructive fishing and extractive activities to take place inside their boundaries.

Proper MPAs are crucial if we are to achieve Good Environmental Status under the Marine Strategy Framework Directive and rebuild our fish populations. The European Environmental Agency highlights that “well-managed MPAs have visible positive effects on marine biodiversity, influencing both average size, abundance and species numbers.” Protecting the ocean allows fish populations to recover and spillover into fishing grounds outside MPA boundaries. In this way, protected areas can improve fisheries productivity.

Although an own initiative report does not result in legally-binding legislation, the vote will send an important political signal that can reinforce the European Commission’s will to tackle the issue of poorly – if at all – “protected” areas of European waters and of the dreadful impacts of destructive fisheries on marine biodiversity and the seabed.