Restoring nature must be central to climate action

Restoring nature must be central to climate action 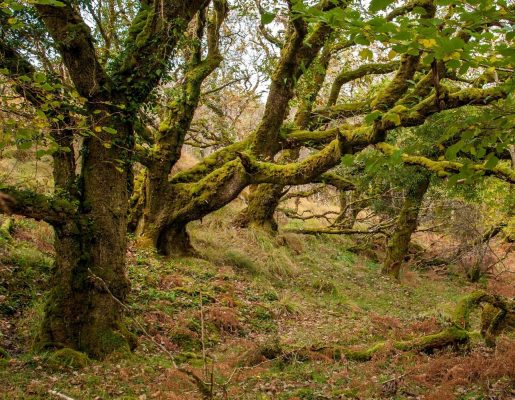 Two reports in the past two months focussed the world’s attention – if only briefly – on the dire state of our planet. The first, from the UN’s Intergovernmental Panel on Climate Change (IPCC) laid out in stark terms how there is only about 12 years remaining where meaningful action can be taken to curb the worst effects of climate collapse. The other, from the Worldwide Fund for Nature and the Zoological Society of London (WWF/ZSL), revealed how the population of the world’s vertebrates (animals with backbones such as mammals, birds and fish) have plummeted by 60% since the 1970s. Although the climate crisis remains largely ignored by Ireland’s business and political classes, it is positively lavished with attention when compared to our extinction crisis – something which rarely, and only sporadically hits the headlines. This is important for two reasons. Firstly, extinction is not something which has only affected far-away places but rather has impacted Ireland even more dramatically than most countries. Not only have we lost our bogs and forests, but our rivers are dammed, drained and polluted, our seas are trawled lifeless, and our farmland is increasingly sterilised. It’s revealing how, unlike the climate debate, there are no ‘extinction denialists’ or lobbyists trying to tell us this isn’t happening – it’s simply accepted with a shrug. Secondly, nature is an indispensable ally in meeting our climate goals. So, rather than viewing two separate ecological challenges, it is essential that they are seen as intimately interlinked and this is something that can work to our benefit. I would go so far as to say that restoring nature is the cheapest, easiest and most effective tool at our disposal for not only reducing emissions of greenhouse gases but helping to adapt to extreme weather events, building resilience in food production, and providing a lifeline to rural communities.

Although the extent of our extinction crisis is well documented, government departments have been woefully negligent in undermining conservation efforts (just look at the dilapidation of our national parks). For those looking for hope, the new Minister for the Communications, Climate Action and the Environment, Richard Bruton, took to Twitter on November 7th to say “I want to make Ireland a leader in responding to climate change, not a follower. That will require a significant step change across govt. I will lead on the development of an all of govt plan which will set out the actions which must be taken in every government dept and body.” He later told the Irish Times that meeting the challenge will require a “revolution in how we live”. These were welcome words to those of us used to the evasive language and denialism that has characterised the Fine Gael administration. Indeed, the normally buzzing social media accounts of government ministers fell silent on the release of the WWF/ZSL report, with even our minister in charge of nature conservation, Josepha Madigan, having nothing to say on the topic. This has to change if we are to turn things around in the short space of time left available to us.

A study published in 2017 by the Nature Conservancy in the US put a figure on just how useful nature will be in preventing climate collapse – fully 37% of the needed reductions in greenhouse gases can come from nature-based solutions such as restoring wetlands, re-establishing forests and farming in a way that absorbs carbon and methane rather than releasing them. Committing to the rewilding of the Midlands bogs, a once-unique ecosystem which has been lost due to turf-extraction, could transform the degraded landscape, providing a range of new job opportunities as well as being the biggest ‘no brainer’ in terms of locking up carbon permanently (currently the bare peat soil spews out CO2 at a ferocious rate even before it is burned). We’re still dredging and draining rivers, even blaming the few remaining trees along the River Shannon for flooding, when reconnecting rivers with their natural floodplains will reduce flood risk in towns and provide greater resilience in the face of wetter winters. We’re pumping hundreds of millions of taxpayers’ euros into a failing forestry model based on conifer plantations which are clear-felled after 50 years – pumping out cheap wood products and pollution while sterilising the landscape of people and wildlife. New research has shown that real forests – with a natural mix of species – store more carbon than monocultures, while at the same time purifying water, slowing the flow of water off land and providing valuable amenity benefits to local people. Across the continent ‘continuous cover forestry’ produces timber in a way that is sympathetic to the natural woodland ecosystem, something which jars with our pesticide-dependant, soil-destroying and forbidding landscapes of alien trees. Meanwhile on farmland, better management of hedgerows and restoring soil health would suck up carbon, while fewer livestock would not only cut methane emissions but eliminate the greatest source of pollution in our rivers and lakes. All of these initiatives require the revolution in thinking which Minister Bruton alluded to. They have the added benefit of restoring the glories of nature while providing sustainable futures for communities.