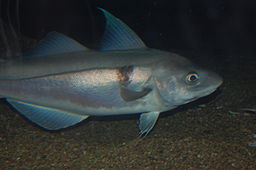 The Irish Wildlife Trust (IWT) is concerned at the continuing decline of the marine environment in the Irish Sea following the European Commission’s Council meeting earlier this week. Since 2004 scientists have advised that no fishing for cod or whiting should be carried but this has been routinely ignored. In 2007 this advice was issued for sole and yet quotas continue to be granted. Cod stocks in the Irish Sea have declined 10-fold since the 1980s, according to the Marine Institute. The new Common Fisheries Policy, which came into effect in 2014, committed the EU to sustainable fishing and rebuilding fish stocks. While some progress has been made there has been little change in the management of the Irish Sea. This sea has gone from a mixed fishery with abundant catches, to virtually a single-species (Dublin Bay prawn) and evidence even here suggests it is being overfished.

IWT Campaign Officer Pádraic Fogarty says “Despite all the talk it is business as usual for the Irish Sea and there’s to be no political will to restore it to its previous wealth. The ecosystem is on course to be so damaged that we could be looking at a sea full of jellyfish and little else in the not too distant future.”