No To More Slash & Burn 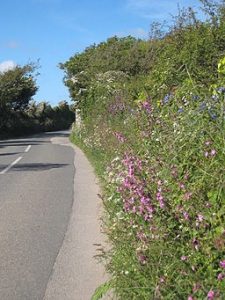 The Irish Wildlife Trust (IWT) is disappointed but not surprised at the announcement yesterday that Minister for Arts, Heritage and the Gaeltacht, Heather Humphreys TD, has extended the season into which land owners can burn vegetation or cut hedges. Once again we note that the greater good of protecting nature and our landscape will take a hit in favour of appeasing the large farming organisations. The reality is that these measures will change nothing on the ground except perhaps to legitimise further degradation of the countryside – something which has been on-going for some time now. Based on no scientific evidence, and only the demands of vocal lobby groups, burning of vegetation will be allowed through the month of March when many birds and other animals are nesting.

IWT Campaigns Officer Pádraic Fogarty says “time and again we see the grip that vested interests have on decision making that affects the wider good. Since coming to office Minister Humphreys has shown no interest or knowledge of the natural environment which is a part of her brief. The sad thing is that much of the damage has already been done and this decision will simple perpetuate the downward trajectory of nature and landscape in Ireland. It makes a mockery of claims that Ireland is a so-called ‘world leader’ in sustainable food production.”