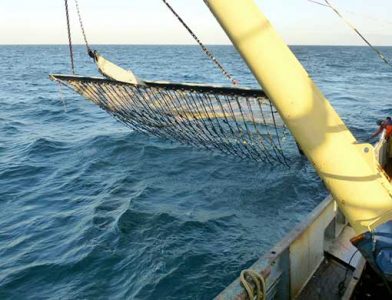 Tomorrow (Tuesday November 21st) the European Parliament fisheries committee is to decide whether to allow so-called ‘electric pulse’ fishing to be considered ‘conventional’, a move which would allow Member States to licence it like any other type of fishing. ‘Pulse fishing’ is another term for the industrial electrocution of marine life and is just as environmentally destructive as it sounds. The Irish Wildlife Trust (IWT) is urging the committee’s members, which includes Ireland’s Liadh Ní Riada (Sinn Fein), to resist any such move.

The development of industrial electrocution of marine life is a further indicator of chronic overfishing of our waters, which requires ever more destructive modes of capture to target what’s left of fish and invertebrate populations for commercial exploitation.

The IWT’s Campaigns Officer, Pádraic Fogarty says “decades of overfishing, and especially bottom trawling, has left the seas around Ireland in a state of ecological collapse. We urgently need to rebuild these ecosystems by creating marine protected areas which would prohibit all harmful fishing methods. The idea that instead there may be a move towards electrocution of the little that remains is horrifying.”  END
CONTACT:  Padraic Fogarty – IWT’s Campaigns Officer – irishwildlife@iwt.ie for further details.
Sign the Petition to stop electric pulse fishing in Europe:
https://www.bloomassociation.org/stop-peche-electrique/stop-electric-pulse-fishing/ 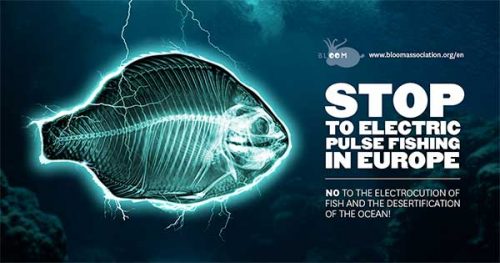