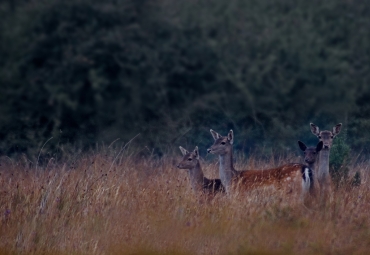 The Government is coming under increasing pressure from the farm industry lobby to cull deer with taxpayers money in the fight against TB in cattle. All mammals can carry TB and can potentially transmit the disease from one animal to another, this includes badgers, deer, cattle, people and the farm cat.  Despite 30 years of badger culling, we are no nearer to an eradication of TB in cattle, something which was always the stated aim of this programme.  When the cull began in the 1980s the ESRI stated clearly that “badgers are not the sole or, indeed, a primary source of bovine TB”.  Yet, in the intervening decades, the blame has shifted squarely on wildlife, especially badgers, but now also deer.  While there has been a long-term decline in TB prevalence in cattle there has never been any evidence that badger culling is responsible for this decline.  The fact that a quarter of cattle are found to have lesions in the slaughterhouse, as opposed to the on-farm testing regime, highlights the huge holes in the current detection system. Cattle-to-cattle transmission is still the biggest source of transmission and one that is being ignored in favour of the easy option: culling wildlife.

IWT Campaigns Officer, Pádraic Fogarty adds “The section on bio-security on the Department of Agriculture’s website mentions nothing of the importance of simple farm measures such as good housekeeping or maintaining stock-proof hedges to minimise contact with neighboring herds.  Badgers have paid a high price for being the TB scapegoat; over 100,000 have been shot and snared and the population is shrinking as a result.  Coveney’s mantra that the wildlife is responsible, even after 30 years of the same failed policy, shows the level of group-think in his Department, not to mention industry influence.  It’s time for him to stop boasting about Ireland’s ‘green credentials’ and bring this cull to an end.  Furthermore, he must resist calls from certain quarters to embark on a futile cull of deer”.