Our tortured relationship with trees

Our tortured relationship with trees

If there’s one thing that unites nearly everyone in Ireland it’s that we’re all in agreement that the current attitude to trees is pitiful. Whether you’re an urbanite watching your street trees being torn down or a worker in a sawmill watching your supplies of timber dry up there is broad consensus that things have gone terribly wrong for a country that has such a rich history and folklore surrounding trees and woodlands.

Hedgerows are ruthlessly hacked to bits, the Office of Public Works is busy tearing trees and other ‘nuisance’ vegetation from river banks, rural communities watch in horror as ancient fields are ploughed and planted with lines of pines and the forestry industry is in a state of collapse as legal compliance finally starts to catch up with the licencing system.

These acute pressures are overshadowed by a climate and biodiversity crisis which demands that we both restore a semblance of our natural ecosystems while also increasing the use of timber products in construction. 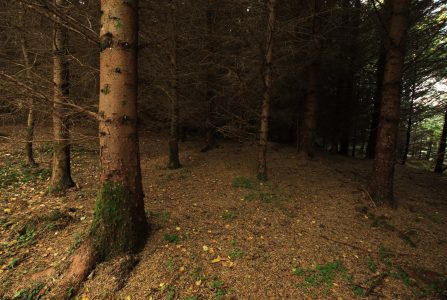 Since Ireland’s meagre efforts to restore our native woodland have produced scant results it is the forestry industry that has come to dominate how the planting of trees has been perceived. And that industry is now in a tailspin. Under Andrew Doyle, who was minister in charge of forestry under the last Fine Gael government, a single ecologist worked in the Forestry Service, despite rules on the implementation of the EU’s Habitats Directive coming into use for forestry licencing in 2012.

Under his watch, the lack of proper implementation of EU law allowed a debilitating pileup in applications for felling, new planting, thinning and infrastructure. In 2019 Doyle commissioned Scottish planner James Mackinnon to carry out a review of the system and his report was published towards the end of that year. It made a number of worthwhile recommendations to get the industry back up and running although its recommendation to introduce fees to the appeals process was contentious (and opposed by the IWT).

Doyle left the most almighty mess for his successor, the Green Party’s Pippa Hackett, who is now minister of State for Land Use and Biodiversity with responsibility for forestry. She has overseen a recruitment process to beef up capacity in the licencing division as well setting up a Forestry Policy Group (FPG, which is attended by the IWT as well as a number of other eNGOs) and appointing Jo O’Hara, former Chief Executive of Scottish Forestry, to produce an implementation plan for the MacKinnon report.

Hackett also rushed through changes to the Forestry Act last autumn which has imposed fees on objectors. A subsequent exposé by Niall Sargent at Noteworthy showed that most of the appeals were being upheld, underlining the fundamental lack of compliance in the forestry industry.

This week Jo O’Hara published her report. In her presentation to the FPG she was clear that there is an urgent need to act swiftly and has recommended that a project management approach be taken. She noted that the increase in staffing and resourcing are bearing fruit but “have not been sufficient to address the underlying problems of uncertainty, timescales and lack of trust and confidence”.

The importance of legal compliance does not seem to have sunk in with the industry which this week issued a press statement with the Irish Farmers’ Association calling for the removal of certain activities from the licencing system altogether while noting that “the cost of planting or managing forests at farm scale is no longer viable”. The statement called for more grants of public money to help meet these costs but that is surely not an option for Minister Hackett. O’Hara noted in her report that “at the most fundamental level… is the need for a societal ‘licence to operate’ for forestry” and that “this societal licence demands that the public benefits are clearly accepted as exceeding the public costs and risks associated with forestry operations”. This social licence is fast eroding for an industry that relies so heavily on public funding (c.€100 million per annum).

Meeting minimum legal requirements for forestry operations is surely the floor of what the public should expect. The risk is that compliance issues are so acute that we forget to lift our eyes to the horizon to see what is possible, and what is needed, in the face of the ecological crisis. Writing in the Irish Independent, Pippa Hackett this week wrote that “without question, the issue of the backlog is pressing. But we must go beyond it to address questions like what this country – and its people – wants from its trees. We simply must establish an agreed vision of the role of trees, woods and forests in Ireland’s future.” 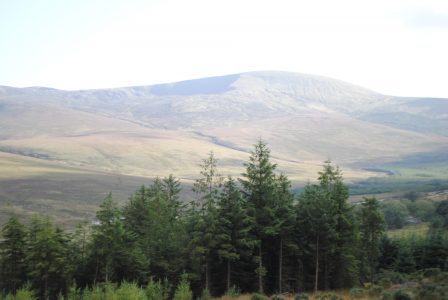 The forestry industry is rapidly losing its social licence.

O’Hara’s report alludes to this also, noting that public statements from government about ambitious planting targets “have failed to galvanise the requisite public support”. While the forestry industry flounders, where is the plan to restore our native woodlands? This plan needs to be rooted in identifying and addressing conservation issues in existing native woodlands before expanding them and joining them up so that they have the scale required to be ultimately self-sustaining.

Where is the plan to address the legacy of failed plantations in places which all acknowledge should never have been planted? What happened Coillte Nature’s announcement in July last for a ‘Wild Western Peatlands’ project? While even this – at 2,100 hectares – is small compared to the vast areas of legacy plantations across the uplands and west of Ireland. We need a programme for Coillte like we have seen for Bord naMona that will address this issue of landscape rehabilitation in a coherent manner.

Can a commercial timber industry rise from the ashes that is close to nature, moving away from monocultures and clear-felling to continuous-cover and natural regeneration? O’Hara notes that “over-reliance on a single species is unnecessary and short-sighted when one considers the threat of further environmental changes due to climate change or new pests and diseases”.

Meanwhile we need to stop destroying the trees that we have. The OPW and the decrepit Arterial Drainage Act need reform while tree strategies for towns and cities need to be properly funded so that trees are seen as the essential infrastructure that they are.

And what of the role of communities? The Mackinnon report didn’t mention them. It was therefore outside the remit of the O’Hara report to make recommendations in this regard but she nevertheless noted that “additional work to improve local and regional community engagement with their local forests would help to mitigate the risk [of losing societal licence]”.

There are lots of reasons to be bitter at past (and current) failures. But we have a moment now that could be transformative in healing our tortured relationship with trees. In 1971 Dr Eileen McCracken at Queen’s University in Belfast wrote in her book* on the history of Irish woodlands that “it is true to say that the future landscape of Ireland lies in the hands of the forest planners. Have they a plan or is land being acquired and planted piecemeal, regardless of its site?” Jo O’Hara has identified the creation of a new forest strategy as a high priority. We need to get on with it.

*’The Irish Woods Since Tudor Times: The Distribution and Exploitation’ by Eileen McCracken. 1971. The Institute of Irish Studies, Queen’s University Belfast.

For more on the restoration of the Wild Atlantic Rainforest or the role of trees and urban forests in our towns and cities, check out my Shaping New Mountains project on the IWT website.