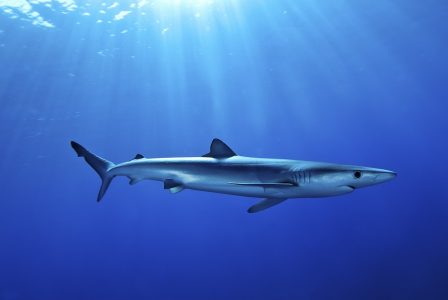 The Irish Wildlife Trust (IWT) has written to Ministers Michael Creed (Agriculture, Food and the Marine) and Josepha Madigan (Culture, Heritage and the Gaeltacht) appealing for them to strengthen protections for sharks and other threatened marine species in Irish waters. Earlier this year, the IWT published a report (‘Protecting Our Ocean Wealth’) listing 48 species in need of full legal protection under the Wildlife Act. Currently no marine fish or invertebrate enjoys legal protection in Irish waters despite many species being in danger of extinction.

Since the report’s publication the IWT has met with a number of state agencies and has been encouraged by the response. In particular we welcome clarification (in a written communication) that Inland Fisheries Ireland does not “condone or promote” fishing for sharks and rays from kayaks – something the IWT would like to see prohibited entirely. We also welcome confirmation that guidelines for anglers targeting these sensitive species are being reviewed and are to be published shortly. According to a 2016 report from the National Parks and Wildlife Service, a massive 62% of all shark and ray species in Irish waters are threatened with extinction or ‘near threatened’[1]. This weekend it was revealed that a Spanish fishing vessel was detained by the Irish navy for allegedly finning sharks at sea, a practice that has been banned in EU waters since 2013. It was also reported that an angler in Cork was injured by a blue shark as he was removing a hook from its mouth.

IWT Campaigns Officer Pádraic Fogarty says: “Sharks and rays are top predators and so are crucial to the health of our seas – yet they are being hammered by poor management of our marine waters. We urgently need to see legal status in place which would pave the way for marine protected areas and the restoration of ocean biodiversity. We urge Ministers Creed and Madigan to take action to avoid the complete extinction of threatened species on their watch”.

The IWT report can be downloaded here https://iwt.ie/wp-content/uploads/2018/02/Protecting-our-ocean-wealth-Jan18.pdf