PRESS RELEASE – The River Bandon Flood Scheme; is so much destruction necessary?

PRESS RELEASE – The River Bandon Flood Scheme; is so much destruction necessary? 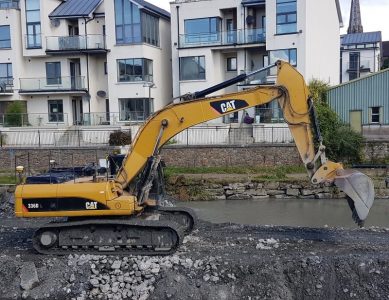 The Irish Wildlife Trust (IWT) is calling on the Office of Public Works to adopt more nature-friendly means for alleviating flooding following the destruction of a section of the River Bandon in Co. Cork over the past 18 months. Local environmentalists have referred to the scheme as ‘butchery’ as it is set to permanently see the loss of what had been one of Ireland’s best-preserved river systems. According to the development’s Environmental Impact Statement the dredging of 3.6km will result in the loss of aquatic habitats of ‘European importance’ including ‘exceptional’ habitat for fish and otter and the destruction of 10% of a ‘nationally important’ Natural Heritage Area. The transformation of river from one with naturally diverse vegetation and physical features to one which is uniform and lined with walls of rock armour has seen the permanent loss of a precious natural amenity.

The IWT accepts that flooding is a serious problem and one which requires urgent attention. Indeed, climate change is likely to bring more flooding to Irish towns and cities as weather events become more intense and sea levels rise. The question which must be asked is: do we need to obliterate entire river systems to solve this problem? Are there other ways which can safeguard homes and businesses without so much environmental destruction? The answer is ‘yes’. 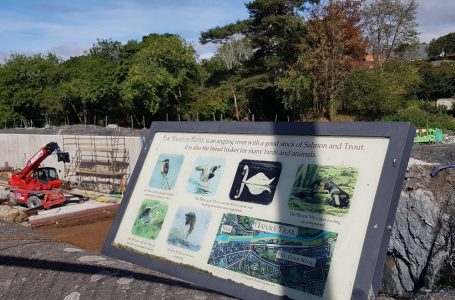 Natural flood management is defined by the UK government as “when natural processes are used to reduce the risk of flooding and coastal erosion. Examples include: restoring bends in rivers, changing the way land is managed so soil can absorb more water and creating saltmarshes on the coast to absorb wave energy[1].” They have listed 60 case studies across Britain, concluding that “It works. It can reduce flood risk, by slowing, storing and filtering water.” We have no such case studies in Ireland.

In the catchment of the Bandon River intensive agricultural practices (requiring on-going land drainage), unsustainable forestry activities (which reduce soil storage capacity by the use of non-native trees and the practice of clear-felling), peatland degradation and inappropriate development have all contributed to flooding. Conversely, less intensive farming, native woodland creation and peatland restoration can help to alleviate flooding. However, the planning documentation for the Bandon flood scheme shows that these were not considered as alternative approaches.

The OPW manages 11,500km of river channels which it is responsible for maintaining in a permanently ‘dredged’ condition under legislation dating from the 1940s (when the prime consideration was expansion of farmland rather than saving property). The Arterial Drainage Act now requires urgent review given the enormous changes to our environment which have occurred, and the greater acceptance that a more nature-friendly approach is needed.

IWT Campaign Officer Pádraic Fogarty says: “nobody blames the people of Bandon for wanting to rid their town of floods. But we can’t go on digging up rivers while simultaneously destroying all the landscapes around them. The OPW must crawl out of their 1940s mindset and realise that concrete and heavy machinery are not the solution to everything.”