May 13
0
PRESS RELEASE: Irish Wildlife Trust accuses the Office of Public Works in acting unlawfully in destroying large sections of the River Newport in Limerick

The Irish Wildlife Trust (IWT) has accused the Office of Public Works (OPW) in acting unlawfully when clearing a 3km stretch of river habitat along the River Newport in Co. Limerick last year. The Newport is part of the Lower River Shannon Special Area of Conservation and is designated of European importance for river forests as well as its populations of Atlantic Salmon, Otter and Lamprey. Under the Habitats Directive (article 6.3) works can only be undertaken when a ‘screening for Appropriate Assessment’ has concluded that significant effects to the SAC are not likely to occur. Where this assessment finds that such effects cannot be ruled out, the competent authority is obliged to carry out a ‘full Appropriate Assessment’ which must impose mitigation measures (e.g. avoiding pollution or restricting works to certain seasons) so that the overall integrity of the SAC is not affected. The OPW is not exempt from these provisions.

The use of heavy machinery inside a protected SAC area, under any circumstances, is highly likely to trigger a full Appropriate Assessment. In this case, a screening report – released to the IWT only after a request under Access to Information on the Environment legislation – showed that the area of works contained alien invasive species (Himalayan Balsam, Japanese Knotweed and Giant Hogweed), high-value wet Willow woodland and Otter habitat. It stated: “Apart from some young trees, no large trees will be fully removed, with generally only a small portion of such trees being impacted upon” and that “In no instances will the rootballs of trees be removed”. The report also stated that “Apart from very minor localised sediment run-off and occasional partial removal of aquatic vegetation, there will be no impact on the watercourses”. This assessment should have triggered a full Appropriate Assessment given that it identified that significant effects to the SAC were likely to occur in the absence of mitigation measures.

Last December (2018) the IWT visited the Newport River after reports that large sections of the river bank had been removed as part of ‘flood relief’ works carried out by the OPW (see photos). It was clear from this survey that works had greatly exceeded what had been set out in the OPW’s assessment report. Contrary to their report, entire stretches of the riverbank had been stripped down to bare soil, leaving the river extremely vulnerable to sediment pollution and erosion. There was no evidence of any mitigation measures having been employed either to avoid this pollution or to prevent the spread of alien invasive species. The Appropriate Assessment Screening Report was therefore largely inaccurate, reached the wrong conclusion and no Appropriate Assessment determination had been carried out by the OPW for these works. The works were therefore entirely unlawful.

This episode is symptomatic of the unsupervised nature of the OPW. Specifically,
The National Parks and Wildlife Service (which has responsibility for the conservation of SACs) were informed of the mistakes which occurred but had no role in supervising the works and could issue no sanction to the OPW. The OPW therefore, operates outside of any system of oversight or due process and this is resulting in the systematic destruction of our river systems.

IWT Campaigns Officer, Pádraic Fogarty, says: “The OPW is not above the law but yet it seems to think that it can operate with impunity. The damage it has done to our rivers is incalculable, this instance at the Newport in Limerick is not untypical of the distain they show for our natural heritage.”

The IWT would like to see an overhaul of the Arterial Drainage Act which mandates the OPW to undertake on-going ‘flood relief’ works. Specifically, we are calling for:
·         greater transparency in their work programme (the public should know the nature and timing of their works and all environmental assessments should be readily available – not only through requests under Access to Information on the Environment rules).
·         A requirement that the OPW should demonstrate the flood benefits of any works (especially so-called ‘routine maintenance’) and highlight the potential risks to areas downstream.
·         Proper oversight of the OPW so that they are not the authority approving their own works.
·         A legally-binging requirement that the OPW consider alternatives to heavy engineering works when addressing flood alleviation – i.e. natural flood solutions including restoration of floodplains, natural woodlands etc. 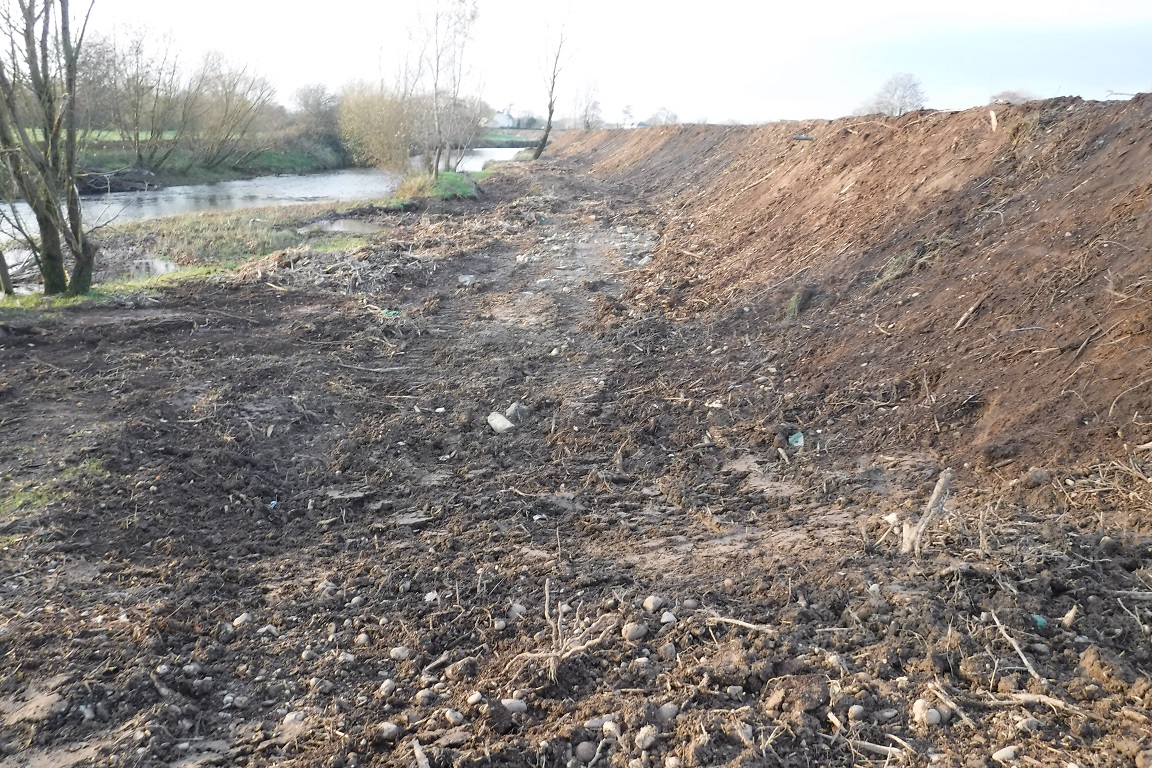 Editors Notes: The Irish Wildlife Trust was founded in 1979 as a charitable conservation body. We provide the public with information about wildlife, run education and training programs like SAC Watch and the Badger Schools Programme, carry out habitat and species surveys like the IWT National Newt Survey, campaign and lobby around biodiversity issues, restore natural habitats, consult with industry, agriculture and Local Authorities to maintain our natural heritage and contribute to national and international forums for the protection of biodiversity. The IWT is a nationwide organisation with a strong membership base, staff and Board of Directors, with branches in Dublin, Galway, Kerry, Laois/Offaly, Waterford.
Tweet
Share44
Pin
44 Shares
Previous Post Dáil Calls for biodiversity loss in Ireland to be examined by the Citizen’s Assembly Next Post Discover your nature this National Biodiversity Week