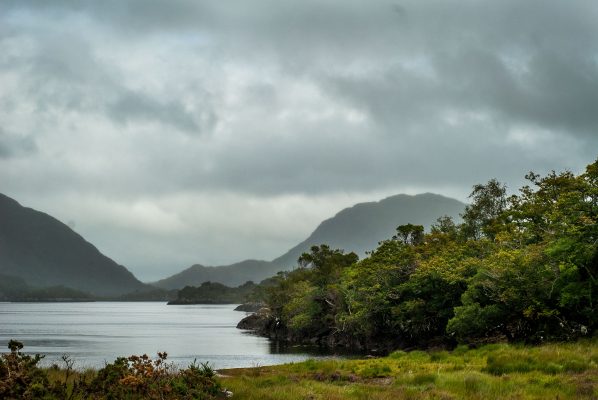 The Irish Wildlife Trust (IWT) has written to the UNESCO Man and Biosphere (MAB) committee calling on them to immediately remove Killarney from its list of ‘Biosphere Reserves’. The call follows the revelation, discovered by the IWT after a Freedom of Information request earlier this year, that shortly after being awarded ‘Biosphere Reserve’ status in 2017, Kerry County Council withdrew all support. The IWT understands that no progress has been made towards establishing a management committee for the Killarney Biosphere and no Biosphere Officer has been employed. It would appear that the project died completely shortly after the UNESCO announcement that a large area, which includes Killarney National Park and the Macgillycuddy Reeks Mountains, was to be awarded the prestigious ‘Biosphere Reserve’ status. It is not clear whether UNESCO has been aware that the project was not progressing however the ‘Kerry Biosphere’ remains listed on their website [i]. The IWT has called for this to be removed without delay.
IWT campaign officer Pádraic Fogarty says “In 2017 we asked UNESCO not to renew the Biosphere Reserve designation due to the serious and on-going mismanagement of Killarney National Park [ii]. However instead, UNESCO opted to apply the term to a much bigger area – something which was greeted at the time by then-Minister for Heritage, Heather Humphreys, as showing “how important the Department views the protection of our most important areas of natural heritage”. The withdrawal of support from Kerry County Council is now an embarrassment for the Government as it has undermined the UNESCO brand. If that brand is not to be tarnished further, UNESCO have no option but to move quickly in stripping Killarney/Kerry of the Biosphere status.”
In 2017, Minister Humphreys said “This site [Killarney Biosphere Reserve] is one of two in Ireland which acts as a site of excellence for conservation, research and education. My Department, in partnership with Kerry County Council, is committed to significantly strengthening integrated measures in line with the philosophy of Man and the Biosphere Programme and Biosphere Reserves. […] I am confident that our commitment to proactive conservation, scientific endeavour and education for sustainable use of biodiversity will have [sic] be strengthened and supported in the expanded UNESCO Kerry Biosphere Reserve”.
Our FOI investigation has found that no measures have been undertaken since this announcement three years ago. Despite the fine words, it appears that the project died shortly after the official announcement.
[i] http://www.unesco.org/new/en/natural-sciences/environment/ecological-sciences/biosphere-reserves/europe-north-america/ireland/killarney/
[ii] https://iwt.ie/new-unesco-status-killarney-national-park/
CONTACT: Pádraic Fogarty IWT Campaigns Officer irishwildlife@iwt.ie
Tweet
Share
Pin
0 Shares
Previous Post PRESS RELEASE: Irish Wildlife Trust calls on Minister Malcolm Noonan not to issue licences for cruel hare coursing Next Post Pádraic’s Blog: In search of the real