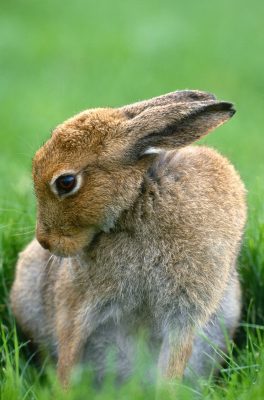 The Irish Wildlife Trust (IWT) is calling on Minister at the Department of Housing Malcolm Noonan not to issue licences for hare coursing. The IWT would like to see hare coursing banned as it is a cruel and barbaric pastime but this year, with the Rabbit Haemorrhagic Disease Virus 2 (also referred to as RHD2) likely to be affecting rabbits and hares, it is especially important that licences are not issued. The disease causes death from internal bleeding to rabbits and hares and hare coursing activity is likely to contribute to its spread. Earlier this week it was confirmed that a number of suspected cases in hares from Waterford and Kildare.
IWT campaign officer Pádraic Fogarty says: “Hare coursing should have been banned long ago like any other repulsive bloodsport. However it’s inconceivable that coursing would go ahead with this horrible disease threatening hares.”
Last year, after an initial suspension, licences were issued following pressure applied to Fine Gael from some TDs. We appeal to Minister Noonan, who is on record as opposing hare coursing, not to succumb to this pressure.
CONTACT: Padraic Fogarty IWT Campaigns Officer irishwildlife@iwt.ie
Tweet
Share
Pin
0 Shares
Previous Post Pádraic’s Blog: Golden Plovers, sheep, peat and ‘Hurling from the Ditch’ Next Post PRESS RELEASE: Irish Wildlife Trust call on UNESCO to remove ‘Biosphere’ label from Killarney as Kerry County Council withdraws support