Press Release: The Irish Wildlife Trust welcomes the Programme for Government as potentially transformative for the Irish landscape.

The Irish Wildlife Trust welcomes the Programme for Government as potentially transformative for the Irish landscape. 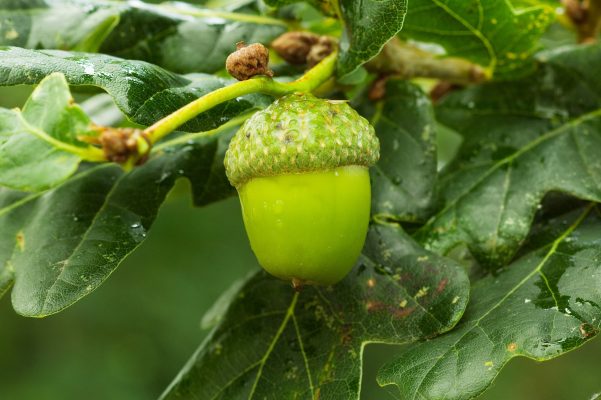 The Irish Wildlife Trust (IWT) is welcoming the Programme for Government (PfG) presented by Fianna Fáil, the Green Party and Fine Gael as containing a number of elements which are potentially transformative in addressing the biodiversity emergency. In February of this year, in advance of the general election, the IWT wrote to all the political parties with our ‘top 10’ asks. We are judging the PfG against these requests.

The IWT welcomes the tone of the PfG and the declaration that that “the wellbeing of our nation goes beyond the narrow confines of economic growth” and that this focus has overlooked damage to the environment. It is a very positive step that new “wellbeing indicators” are to be developed that will correct for this. We also welcome the clear recognition that addressing the climate and biodiversity emergency must not be overshadowed by the response to Covid-19 and that a better quality of life includes “a deeper sense of connection to the natural world around us”. These are important principles which must guide future decision-making across all facets of our society.

IWT Campaign Officer Pádraic Fogarty says, “There are many positive actions to take away from this document which could transform the fortunes of nature in Ireland. If implemented enthusiastically it will bring enormous benefits to people and communities around Ireland who may one day enjoy living in a nature-rich landscape. We particularly welcome the commitment to review the structure and funding of the National Parks and Wildlife Service but there is concern that the language does not reflect the urgency of the task. There must be no delay in initiating this review and setting a path to increasing its funding and setting it on an independent footing. The Budget later this year will be an early test of faith and we’d expect to see a substantial increase in funding at that point.”

[Ask 1 Governance. Re-structure and properly fund the National Parks and Wildlife Service (NPWS). The NPWS should be independent (like the Environmental Protection Agency), allowing it to provide scientific advice, take enforcement action and run education programmes as well as the day-to-day work of protecting nature. Sufficient resources are required to implement the National Biodiversity Action Plan as well as to meet minimum legal requirements under the Habitats and Birds Directives, including drawing up and implementing management plans for all existing protected areas on land and in the sea. We also need legislation for our national parks which will allow for their management and expansion. There should be a long-term funding commitment to the National Biodiversity Data Centre, which is integral to this work]

[Ask 2. There should be a clear commitment to fully implement all existing environmental legislation.]

There is a conspicuous absence of this commitment. The lack of implementation of existing legislation has dogged successive Irish governments and has severely exacerbate the biodiversity crisis.

[Ask 3. To convene the Citizens’ Assembly on biodiversity loss as committed to by the Dáil in their declaration of a climate and biodiversity emergency in May of 2019. This must be followed by a sustained, national education programme to inform people of the implications and solutions to the ecological crises.]

We welcome the reaffirmation that a Citizens’ Assembly on biodiversity loss will be established although we note the worrying lack of a timeline.

[Ask 4. Ireland should support the EU in committing to the forthcoming ‘Global Deal for Nature‘ to be agreed at COP15 in China later in 2020 to protect 30% of land and sea for biodiversity conservation. This is in line with the UN Decade on Ecosystem Restoration.]

Since the general election the EU published its Biodiversity Strategy which sets ambitions targets for the protection and restoration of nature on land and at sea. We welcome the commitment in the PfG to this strategy.

We strongly welcome the measures to aggressively address the climate crisis and the reduction in greenhouse gas emissions due to the intimate connections between climate and biodiversity issues. While the phrase ‘nature-based solutions’ does not appear in the PfG we welcome the measures to include carbon sequestration on farmland, in natural forests and the oceans – although the language on peatlands is worryingly vague.

[Ask 6. Agriculture.Payments under the Common Agricultural Policy should be based on measurable results/outcomes rather than actions. Payments under Pillar 1 should be given for land which is not farmed (abolishing current eligibility rules which require land to be in ‘good agricultural condition’). Allowing land to revert to woodland/wetland has multiple benefits to society.]

[Ask 7. Forests. Large areas of connected native woodlands should be created which will be set aside predominantly for nature, with no commercial extraction. Future commercial forestry should be ‘close to nature’ with ‘continuous cover’.]

[Ask 8. Oceans. Legislation should be introduced for the designation of large, effective and fully managed Marine Protected Areas. The network of protected sites should cover at least 30% of Ireland’s exclusive economic zone by 2030 and 50% of sites should be no-take-zones. The Wildlife Act should be amended to give legal protection to (non-mammal) marine species such as sharks.]

Ask 9. Rivers. The Arterial Drainage Act of 1945 should be repealed/replaced to give priority to the restoration of river systems, water quality and natural flood prevention over heavy engineering.]

The poor water quality in our river systems gets disappointingly little attention in the PfG. We are disappointed that there is no specific mention of the Arterial Drainage Act, which is responsible for on-going damage to our river systems. We would have liked to have seen a commitment to review the oversight and functioning of the Office of Public Works, which administers drainage schemes.

[Ask 10. Bogs and peatlands should be restored/rewetted where possible. Rewilding should be used to reforest areas of peatland where this is appropriate.]

We welcome the commitment to review the mandate of Bord na Móna to realign its activities with climate and biodiversity goals. However, a clear commitment to rewetting, restoring and rewilding all peat bogs seems to be lacking, this is particularly puzzling.