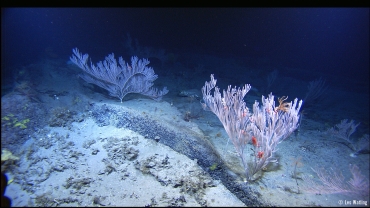 The Irish Wildlife Trust (IWT) is calling on the Minister for Agriculture, Food and the Marine to stand up for the protection of our deep sea wildlife by supporting a ban on trawling below depths of 600m. Deep sea ecosystems support an astonishing diversity of marine life but, because they tend to be long lived and slow growing, are vulnerable to damaging fishing practices such as trawling. The matter is currently being negotiated by the EU Council of Ministers but, despite the fact that trawling is destroying unique habitats in Irish territorial waters, Minister Coveney has been silent.

Recent scientific evidence has shown that an outright ban on trawling (the practice of dragging a weighted net across the sea floor) would effectively protect deep sea wildlife at little economic cost [1]. This practice is predominantly carried out by French boats and it is the French government which is currently most vocal in supporting the continuation of trawling.

The IWT’s Campaign Officer Pádraic Fogarty says “There are no Irish boats active in this fishery but Minister Coveney seems to think this means it has nothing to do with us. In fact the deep water coral reefs and unique wildlife are as much part of our heritage as the Rock of Cashel. The Minister must be seen to stand up to protect this resource before there is nothing to protect. It would cost him nothing.”

The secrets of the deep sea are slowly being revealed through the efforts of Irish and European scientists. We now know there are coral reefs, sharks and a rich ecosystem which is storing carbon and home to potential medical applications. However, these are being wrecked by for short term gain by a handful of boats. Minister Coveney now has an opportunity to protect this unique heritage, but he needs to raise his voice.