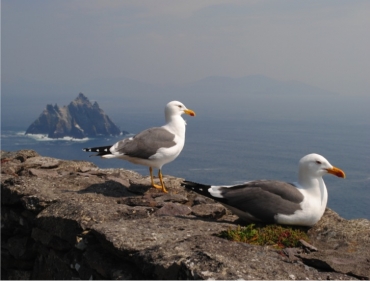 At the UN General Assembly in New York this week An Taoiseach Enda Kenny and President Micheal D. Higgins will commit Ireland to a series of Sustainable Development Goals to be reached by 2030. The IWT particularly welcomes goals 14 and 15, which set out to protect life on land and in the sea. As a small island nation with 90% of our territory at sea, Ireland has a unique opportunity to lead the world in protecting nature. This goal is now urgent with many Irish species, both above and below the waves, facing imminent extinction if action is not taken soon.

The IWT urges An Taoiseach to prioritise nature conservation for the benefit of people as well as the planet.

IWT Campaigns Officer, Pádraic Fogarty says “As a nation we have not been good at protecting out wildlife whether on land or at sea. This has direct consequences not only for the many species whose existence is now threatened, but also for people – something that is apparent with diminishing fish stocks, polluted water and a degraded landscape. Prioritising nature means prioritising people. Enda Kenny now has a wonderful opportunity to demonstrate a new approach on Ireland’s path to sustainability. We urge him to take it.”