2020 had been billed as a ‘super year’ for climate and biodiversity issues and, in a way, it was, but not like anyone could have imagined.

Major conferences on climate, oceans and a ‘new deal for nature’ were all postponed due to Covid-19. A major, but under-reported, report from July just gone, by the Intergovernmental Panel on Biodiversity and Ecosystem Services (IPBES – the UN science panel which warned in 2019 that 1 million species are at risk of extinction) emphasised the crucial link between the Coronavirus and, what UN secretary general António Guterres described as, humanity’s ‘war on nature’.

“There is no great mystery about the cause of the COVID-19 pandemic – or of any modern pandemic”, said Dr Peter Daszak, President of EcoHealth Alliance and Chair of the IPBES workshop on biodiversity and pandemics. “The same human activities that drive climate change and biodiversity loss also drive pandemic risk through their impacts on our environment. Changes in the way we use land; the expansion and intensification of agriculture; and unsustainable trade, production and consumption disrupt nature and increase contact between wildlife, livestock, pathogens and people. This is the path to pandemics.” 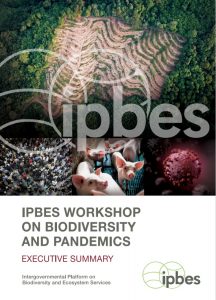 It has been widely reported that lockdown has brought people closer to nature, maybe because the shops have been shut, because people have had more time on their hands or because we have spent more time than we ever could have imagined exploring the 5km radius from our homes.

So 2020 was, as it turns out, a super year for nature and there’s every chance that 2021 will be just as super, but will it be super-good or super-horrifying?

For a start, all the summits are back on, including the ‘COP 15’ meeting of the Convention on Biological Diversity, now expected to take place in Kunming, China in May. This will be an opportunity for world governments to develop a companion agreement to the Paris climate accord but this time for nature.

The headline target is for what is being termed ’30 by 30’, that is, the protection of 30% of land and sea by 2030. The EU has already included this in their biodiversity strategy which was published last year, and endorsed by our Taoiseach Micheál Martin at a virtual leaders summit in September. Goals like these are fraught; will they result in any meaningful action?  As a New York Times op-ed in December pointed out “many difficult questions must now be answered: Which places should we conserve? What do we count as “conserved?” How do we conserve it? And who decides?” 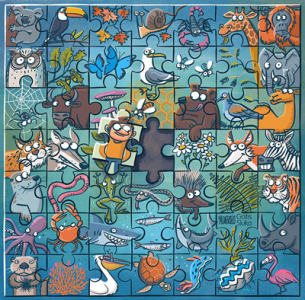 Here in Ireland, we certainly can’t just double our protected area network without addressing the reasons why our current system is failing so badly. Will Ireland even be represented in China by a government minister?

At home, all eyes will be on the Climate Bill, which will come before the Dáil early in the year. The Oireachtas committee completed its pre-legislative scrutiny before Christmas and produced a strong report. Their recommendations include bolstering the language throughout the bill as well as introducing an obligation to address biodiversity and nature-based solutions in meeting climate goals. We’ll be watching closely to see if the Dáil will take these recommendations on board.

Elsewhere, the Green Party will keen to be seen to be making progress on its wins in the Programme for Government. Of particular interest will be the proposed reform of the National Parks and Wildlife Service, something Minister Malcolm Noonan has been very tight-lipped on but who revealed through a parliamentary question that he hoped it would be completed by June.

Minister Noonan, and his Fianna Fáil colleague, Darragh O’Brien, received a report in October from an expert group on the expansion of Ireland’s woefully inadequate Marine Protected Area (MPA) network. Over two months on, this report is still under wraps. Why this should be is a mystery. The publication of the report will be accompanied by a public consultation – a vital step but one that will take time. The clock is ticking so can the ministers please just get on with it.

Directly related to the MPAs is the issue of industrial fishing. The usual meeting that decides the fishing quotas ended without deciding much last December, as Brexit negotiations were still underway. What was apparent was a change in tone from the European Commission in its dealings with ministers and an increasing sense of frustration that national governments don’t share their ambition in ending overfishing (or indeed meeting other environmental targets). Expect more of this friction in 2021.

Fishing was a major sticking point of the Brexit trade deal and the industry here has seen its access to commercially important fish populations cut by up to 40%. The final agreement commits both sides to “promote sustainable fisheries and good fisheries management”. In both the UK and Ireland governments have committed to significant bail outs for those impacted, including money to tie up boats permanently. Will this be used to help restructure fishing and help to phase out harmful bottom trawling?

Small boat fishers will be watching closely for the government’s appeal of the decision to overturn the ban on trawling by larger boats within six nautical miles of the coast – something they said was more important to them than Brexit.

Also EU related is the continuing drama over the Common Agriculture Policy (CAP). Just before Christmas, the Commission released its recommendations for Ireland’s CAP Strategic Plan, that is – how Ireland plans to distribute the money under the next round of CAP. The report was pretty clear that Ireland is failing to deliver on environmental, social and certain animal welfare grounds. This is another field of battle between Ursula von der Leyen’s ‘Green New Deal’ and the business-as-usual mindset of many politicians in national capitals.

Last December, the Department of Agriculture here released its ‘Ag Climatise’ plan which it claimed was a roadmap to climate neutrality in the agriculture sector. It was derided by climate activist-journalist John Gibbons as “dead on arrival” while Green ministers – including Pippa Hackett and party leader Eamon Ryan have distanced themselves from it, including saying it was merely a “first step”. Battles involving farming and the environment are likely to intensify in the coming year, how many will be within the government itself?

On the forestry front we see that the industry here too is in meltdown, with investigations by Niall Sargent of Noteworthy showing that even since October, over half of all appeals to the Forestry Appeals Committee have been upheld due to inadequate environmental assessments, including by state-forester Coillte. Will the additional cost of compliance with environmental law – something that will reduce profitability in an industry already heavily dependent upon state subsidies – be the final nail in the coffin of our current commercial forestry model?

Pippa Hackett’s cross-sectoral forestry forum (which is attended by a number of NGOs including the IWT) has met twice already. 2021 will see the development of a new forestry programme which will need to be radical if it is to address our multitudinous predicaments.

This year will see the rehabilitation of peatlands step up a gear with the recent announcement that 80,000 acres of worked out bogs are to be rewetted. This is major but questions remain as to what work will be done and where – we hope that Bord naMóna can communicate its works openly and transparently, not least with local communities. Their project to put wind turbines on the bogs at Derryadd (which was supposed to be the site of the ‘Shannon Wilderness Park’) will be subjected to judicial review. We hope that will quash the decision and that we will move away from putting wind turbines on peatlands.

Peat extraction on non-state land will continue to be contentious (another industry in meltdown due to non-compliance with environmental law) while a pre-holiday proposal to ban all burning of solid fuels is likely to cause ructions in some rural areas despite the clear environmental and health benefits.

The last 12 months have been a roller coaster. Covid has poured expansion foam into the cracks of our unequal and ecologically destructive economic system. But it has also shown that we can deal with severe crises in a broadly humane fashion without inflicting austerity. The next 12 months will reveal much about our ability to apply these lessons to the climate and biodiversity emergency – buckle up!