Press Release: Culling badgers not the answer to eradicating TB 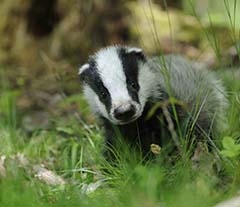 Ireland has a historic problem with bovine tuberculosis (bTB) in cattle and since 1989 has been culling badgers in an effort to eradicate the disease. From the beginning the Irish Wildlife Trust (IWT) has opposed this approach, which sees healthy badgers, including pregnant or nursing females, snared and shot. To-date over 110,000 badgers have been killed in this way yet eradication is still a long way off. In its biennial report, published this week, University College Dublin researchers show the same problem areas around Ireland despite decades of badger culling. The policy must now be considered a failure.

To reach disease-free status – the goal of the eradication programme – would require the level of disease in cattle herds to be maintained at 0.1%, and despite small reductions in recent years the national level is currently at 3.37%, with some regions as high as 13%. An audit by the EU veterinary office in 2014 stated that the goal of eradication was ‘far away’. Yet in 2015, then Minister for Agriculture Simon Coveney described the programme as ‘hugely successful’, claiming that eradication was his “personal ambition” and would be achieved by 2030

IWT Campaign Officer Pádraic Fogarty says “Bovine TB is a scourge for Irish farmers but we have to now acknowledge that the badger culling programme has failed. We would urge the incoming Minister for Agriculture, Michael Creed, to stop this pointless cull and initiate an independent review of the eradication programme.”

Badgers are an important part of our heritage and ecosystems but have been vilified for too long as the cause of the TB problem. The IWT has serious concerns that decades of intensive culling is resulting in the loss of badgers from large parts of agricultural land in Ireland.