Corrosive power relations, not farmers, are killing the planet

Corrosive power relations, not farmers, are killing the planet 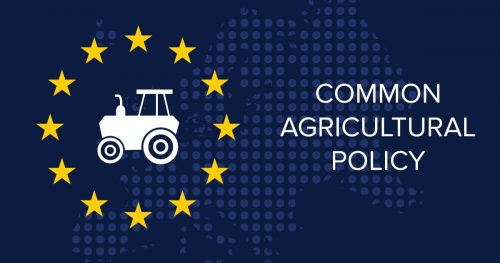 Feeding the world while bringing food systems back within nature’s limits is the challenge of the century. But farmers are mostly low wage workers and worry that greater environmental expectations will mean a further squeeze on their income.  Is it possible for them to be green while staying out of the red? Last month, the Irish Wildlife Trust held a webinar with Sinead Moran, a dairy farmer in Co. Mayo and Clive Bright, a beef farmer in Co. Sligo, who are both producing food following organic and regenerative principles (you can watch the event here). They both sell directly to their customers which help them control the price of their produce.

It is clear from their experience that it’s indeed possible for farmers to be profitable while at the same time enhancing the soil, avoiding pollution and maintaining habitats for nature. Clive has been planting trees and has added a pond, though he admitted this is likely to result in a reduction in the subsidy payments he receives. Both Clive and Sinead prosper despite decades of government and EU policy which values land only in terms of kilos of beef or litres of milk produced. Listening to them, the notion that farmers and environmentalists are instinctively in conflict with one another quickly evaporates. There is, nevertheless, a conflict. But the battle lines are not, as some would have you believe, between farmers and environmentalists, or urban versus rural, but instead are between the small number who gain most from the system and those who do not.

Addressing the climate and biodiversity emergency was always going to be a power struggle. This was brought into sharp relief this week in Brussels with the negotiation of the EU’s Common Agricultural Policy (CAP). The CAP has become notorious for the size of its budget – the EU’s third biggest spend and worth nearly €59 billion in 2018, most of which is spent on direct income subsidies to farmers. Despite being stated aims of the CAP to protect nature and to ensure that farmers earn a ‘reasonable living’, it has markedly failed on both fronts. 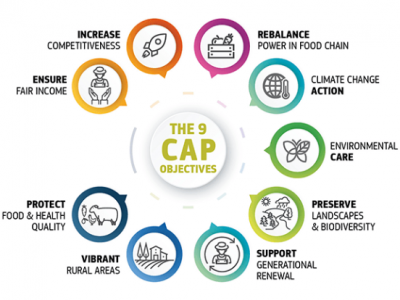 It doesn’t do what it says on the tin

A New York Times investigation last year exposed how the CAP drives environmental destruction, is milked by oligarchs and the well-connected, and how many of the politicians in the EU institutions are themselves beneficiaries of what was termed the “enormous E.U. subsidy program [..] built to keep the money moving”. In Ireland the top recipients of CAP money include state agencies like Teagasc and Bord Bia, beef-baron Larry Goodman (€400,000 in 2019) and an equine company founded by Sheikh Mohammed bin Rashid Al Maktoum, Vice President and Prime Minister of the United Arab Emirates and Ruler of Dubai who received a quarter of a million euro in 2019 (wasn’t the CAP sold to citizens as producing affordable and safe food rather than thoroughbred horses?).

The CAP works on a seven-year cycle and the next round is currently under negotiation. Previous rounds have failed dramatically to reduce greenhouse gases or reverse biodiversity loss across the EU and only last week, a report from the European Environment Agency highlighted how intensive agriculture is among the top threats to nature. The reform of the CAP has therefore been a critical element of the EU Commission’s Green New Deal, backed by the Farm-to-Fork and Biodiversity Strategies and published earlier this year. But the Commission’s noble plans have run into the quicksand of industry lobbyists and the national politicians who are keen to keep them on side.

In advance of a meeting of the EU Council of Ministers this week, Harriet Bradley of BirdLife (a Brussels-based NGO) remarked how national agricultural ministers “start every session with a private session with the big ag lobby” adding that “this is why agricultural policy looks like it does”. Harriet played a blinder on Twitter this week (@HarrietBirdlife) shining a light on the murky dealings which go unnoticed in national media. It turned out that a key vote in the European Parliament was brought forward by a day, at very short notice, leaving documents untranslated and MEPs unprepared. The vote, when it happened, was a victory for the status quo.

Oliver Moore, who writes for www.arc2020.eu noted that the ‘compromises’ and subtle changes of language were exactly the same as when the last CAP was negotiated in 2014, noting “The same process is occurring – Some ambition from the Commission, Lots of earnest words everywhere. Then it’s watered down by Council (national ag ministers). Then by the Parliament (MEPs). Every time.”

Alan Matthews, professor emeritus at Trinity College Dublin, and well known for his moderate and clinical analysis of the CAP, noted that the vote was a “two fingered” salute to the EU’s Green Deal. And it wasn’t only the parliament, national agriculture ministers clearly aren’t keen on it either, watering down commitments to increase the extent of organic farming and fiddling the wording so that nothing concrete will be expected of farmers in delivering on biodiversity or climate aims.

That this outcome was a triumph for business as usual was reflected in the anodyne responses from the Irish Farmers Association and our own Minister for Agriculture, Food and the Marine, Charlie McConalogue. The IFA was quoted in the Irish Times as saying “We need to strike the right balance to ensure economic as well as environmental sustainability” while in a press statement, Minister McConalogue welcomed the deal saying “I am satisfied that Ireland’s interests have been protected”. This language is bitterly familiar; the line has been held, the right balance has been struck, ‘Ireland’s interests’ have been protected. Meanwhile, the rest of us are expected to shoulder the increasing tide of pollution, extinction and inequality to keep the big-ag machine well-greased. 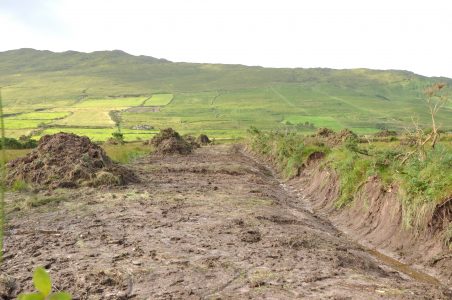 The CAP incentivises the destruction of habitats

In fact, when the public was asked for its say, back in 2017, the response was overwhelming. 322,000 EU citizens took part and 85% of respondents wanted more ambition to protect the environment while a similar figure (88%) wanted fairer incomes for farmers. But one wonders what the point of this consultation was. When it came down to it, we only got more of the same. This power relationship between the agri-chemical giants, the meat industry, the farming associations that claim to represent the best interests of farmers, and our national politicians is now corrosive to the point of ruination. It has threatened the credibility of the Commission and of the EU as whole as it goes into global negotiations on climate and biodiversity in 2021. At least now it should be as clear as day where the real conflict lies.