Environmental Groups call on Minister Josepha Madigan and the Department of Culture, Heritage and the Gaeltacht to retract new proposals to allow forestry in European protected sites. The Minister’s proposals are part of a Threat Response Plan being developed by the National Parks & Wildlife Service to save the endangered Hen Harrier from regional extinction and further severe population decline. 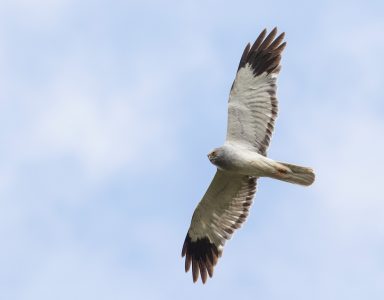 Six Special Protection Areas (SPAs) have been designated for the protection of Hen Harrier in Ireland. Large scale commercial conifer forestry is the main threat to the Hen Harrier which replaces the upland bog and marginal farmland on which this rare ground nesting bird depends. The Forest Service no longer approves new conifer plantations in SPAs due to these known negative impacts. Over 52% of the land in Hen Harrier SPAs has been lost to forestry. There are now more Hen Harrier outside of these protected areas than inside.

Despite Environmental Groups demanding that forestry is removed from SPAs as a key critical measure of the Government’s Hen Harrier Threat Response Plan, the National Parks & Wildlife Service has blatantly ignored scientific evidence, expert advice and European case law and proposed planting of Hen Harrier habitat in SPAs in a conservation document that aims to avoid, reduce and reverse impacts of forestry on Hen Harrier.

“the National Parks & Wildlife Service has presented a draft Hen Harrier Threat Response Plan that is not a conservation plan, but a blueprint for the continued destruction of our protected sites and the extinction of the Hen Harrier.”

The National Parks & Wildlife Service and the Department for Agriculture, Food and the Marine are sending a clear message that the loss of rural farming communities and natural heritage are affordable in the pursuit of forest profits for the few. The move to approve forestry in protected sites is a purposeful assault on marginal and hill farmers and the conservation value and ecosystem services provided by high nature value farmland – entirely contrary to the future direction of results-based farming and the spirit of rural socio-economic stability and integrated sustainable upland land use. There is a need for accountability within the Minister’s Department.

“It is extremely disappointing to see a draft document with no apparent conservation objectives set, no targets defined, no deliverables, and no explanation or way of measuring how proposed actions will yield any immediate, short or long term positive effects for the Hen Harrier”

The conservation of the Hen Harrier is worth over €100,000,000 to rural farming communities through agri-environment schemes as part of the Green Vision for Irish Agriculture in the current Rural Development Programme. Despite the huge investment in farming for conservation, lucrative tax payer funded forest premiums and grants are considerably higher and longer lasting than Basic Farm Payments.  The low farm viability in upland areas and a looming farm succession crisis facing rural communities has driven a reluctant demand for forestry over farming in certain areas. This is despite the lack of any evident benefits of forestry to local communities over the last 30 to 40 years.

“The proposal to further expand forestry in Hen Harrier SPAs is not legal as the proposal is in direct contravention of European Union Environmental Law, is incompatible with sustainable upland farming, and the worst possible scenario for a conservation plan aiming to save the Hen Harrier”.

Environmental Groups An Taisce, Irish Wildlife Trust and the Irish Raptor Study Group now publicly call on Minister Madigan to retract these proposals and revise the plan to deliver positive long term gains for farmers and the Hen Harrier as a matter of urgency.

Elaine McGoff, Natural Environment Officer, on behalf of An Taisce

Core Requirements for the Recovery and Conservation of the Hen Harrier in Ireland. Position Statement of the Committee of the Irish Raptor Study Group. (August 2016).

Joint Committee on Agriculture, Food and the Marine No. AFM 007 (October 2015): Designation of lands as Special Protection Areas for the conservation of breeding Hen Harriers.