The Irish Wildlife Trust (IWT) has written to Minister for Finance Paschal Donoghue calling for greater public spending on conservation in Budget ‘18. In particular we are calling for a substantial increase in funding for the National Parks and Wildlife Service (NPWS) so that our worsening extinction crisis can be adequately addressed.

A report published early in 2018 from University College Dublin found that direct spending on biodiversity, over the six-year period from 2010-2015, amounted to €1.49 billion, or €250 million per annum [1]. While this sounds like a substantial sum, it represents a meagre 0.31% of national spending. However, this seemingly substantial expenditure is abjectly failing to make a dent in addressing the extinction crisis. The UCD/NPWS report goes on to note that 96% of the €1.49 billion total went on subsidies (80%), operational costs (10%) and staff (6%), leaving the remainder for actual work on the ground. Environmental non-governmental organisations, like the IWT, “are struggling with budgets that are barely sufficient to cover yearly administrative, personnel and management costs” while even the NPWS (the national body charged with protecting nature in Ireland) “is itself responsible for just 9% of total expenditure and has endured significant budget cuts in recent years”.

“continuous year-on-year reduction in budgets have left [the NPWS and the Heritage Council] in a critical state. Interviews with public servants in both organisations, along with annual reports, reveal that that the capacity of these organisations has been reduced to maintain core infrastructure and critical programmes and priority staff, with many staff in temporary positions or positions left vacant. In some instances, programmes have had to be shut down”… “To meet national targets to halt decline in biodiversity trends and deliver positive gains, core funding for conservation through dedicated government budgetary allocations for conservation needs to be increased”.

It notes how despite the fact that our area of ocean greatly exceeds that of our territorial land, just 1.3% of the budget is linked to conservation of marine biodiversity. 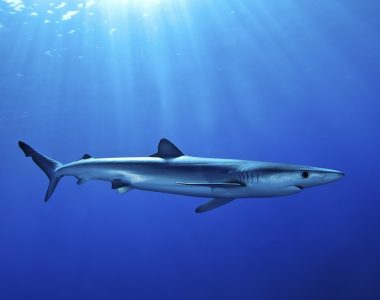 The report highlights that biodiversity expenditure amounts to only 0.13% of GDP while the International Union for the Conservation of Nature has called on OECD countries to contribute at least 0.3%. The most recent figures available indicate that the NPWS was in receipt of just over €17 million in 2016. For comparison purposes, and perhaps reflecting the priority given to our natural heritage over other interests, the Greyhound Racing Bord received €16 million of public money in 2017 while Horse Racing Ireland got its hands on a massive €64 million. Indeed the funding to NPWS is dwarfed by the nearly €41 million given to An Bord Bia, the agency which markets Irish food and drink throughout the world as ‘green’ and ‘sustainable’. We simply cannot blame lack of resources for failing to address our extinction crisis.

Meanwhile the grim unfolding of ecological loss and extinction continues in Ireland unabated. The IWT is calling therefore for an urgent doubling of contributions to the NPWS and an independent review of the future funding needed to develop a robust organisation which can lead the reversal of our extinction crisis. We call on the government to chart a path to meeting the IUCN target of 0.3% of GDP.

IWT Campaigns Officer, Pádraic Fogarty says: “We utterly depend upon nature for a stable climate, clean water, healthy food and liveable surroundings. There are huge benefits to people from a healthy natural environment which are simply being ignored. We may be the last generation to have the means to reverse the extinction and climate crises – we simply can’t afford to screw it up.”