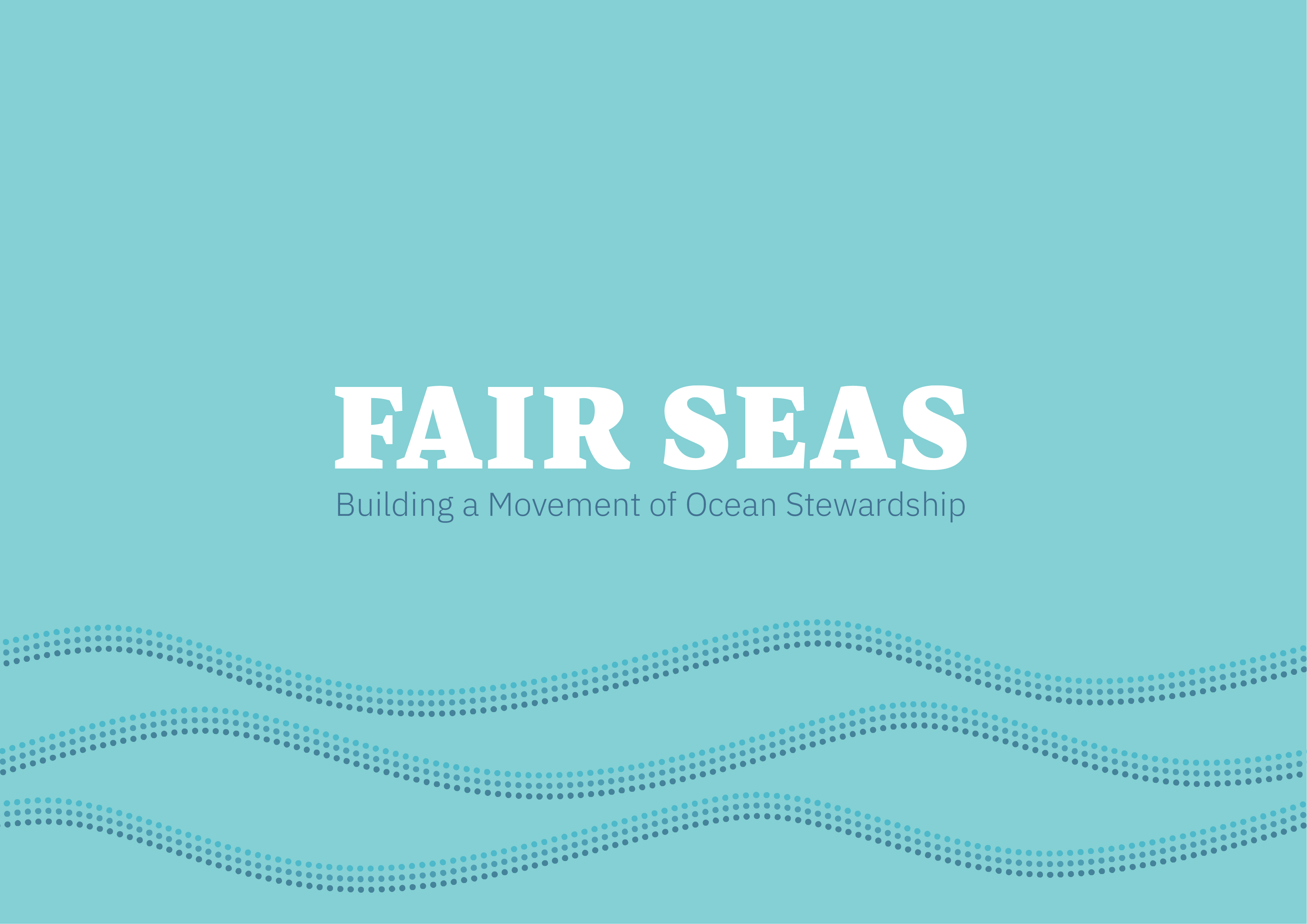 The Irish Wildlife Trust is delighted to be a partner in the Fair Seas campaign launching today and calling for the protection of Ireland’s marine life through the creation of a network of ecologically coherent marine protected areas.

Leading national environmental groups have joined forces to launch a new campaign to rapidly expand Marine Protected Areas in Irish Waters. The Fair Seas campaign is calling for at least 10% of Irish waters to be designated as ‘Fully Protected’ by 2025 and at least 30% by 2030.

Fair Seas aim is to see Ireland, with a renewed appreciation of the ocean, become a world leader in marine protection, giving our species, habitats and coastal communities the opportunity to thrive.

A Marine Protected Area (MPA) is a part of the ocean that is protected by laws to conserve species, habitats and ecosystems. MPAs are a vital tool in improving ocean health. Currently, there is no definition of MPA in Irish law. Fair Seas is urgently asking our government to create robust and ambitious legislation so that our waters can be effectively protected, managed and monitored right out to the edge of the continental shelf.

Today Ireland’s MPA coverage is at a mere 2.13% lagging behind even our closest neighbours in Scotland at 37%. Ireland has not met its previous target of 10% protection by 2020. Fair Seas will hold the government to account so it does not miss its upcoming targets. Ireland’s maritime area is seven times the size of our landmass and is home to spectacular wildlife including endangered basking sharks, humpback whales, blue whales, otters, seals, puffins and even deep-sea coral reefs. Fair Seas will publish its first expert report underpinned by scientific data in summer 2022, which will identify where we need MPAs in Irish waters.

Aoife O’Mahony, Campaign Manager at Fair Seas says; “In January 2022 Ireland showed its passion for the ocean by speaking out against Russian missile testing. Voices from the fishing industry, government, environmental groups and the public were all echoing the need to protect our marine biodiversity and commercially important fish stocks. Fair Seas is calling on those same voices to ask the Irish government to follow up and secure a network of effective well-managed Marine Protected Areas.”

Regina Classen, Irish Wildlife Trust, Marine Policy and Research Officer says; “Ireland’s current efforts to protect the marine environment have not worked. This week, the EU celebrates 30 years of Natura 2000, a European-wide network of protected areas. Marine habitats that are supposed to be protected inside these areas are in a worse state than ever before. The Fair Seas campaign will stand for real marine protected areas that fully protect whole ecosystems within their boundaries, while calling for leadership and transparency from our government during the planning and implementation of Ireland’s MPA network. By building a movement of ocean stewardship, we are inviting all stakeholders to participate in this exciting opportunity for Ireland and come together to build fairer seas for biodiversity and coastal communities.”

Biodiversity: Ireland’s marine species, habitats and ecosystems are declining and face severe pressures from human activities. We now have the opportunity to conserve and restore our seas while developing a renewed sense of ocean stewardship across Ireland, helping our island nation become a world leader in marine protection and giving our species, habitats and coastal communities the opportunity to thrive.

Climate Change: Our ocean is one of the largest carbon sinks on the planet, but when the seafloor and marine habitats are disturbed its ability to store carbon is reduced. Seafloor sediments, seagrass meadows and kelp forests are key players in ocean carbon sequestration and storage. MPAs have the potential to sequester enormous amounts of carbon from the atmosphere and keep in line with targets set in the Climate Action Bill.

Stakeholder engagement: The designation and management of MPAs should be based on the best available scientific advice and informed by early and sustained engagement with stakeholders and communities. Communities must be empowered to be the custodians of our natural and maritime heritage. MPA’s primary objectives are to conserve biodiversity but they can also deliver broader cultural and socio-economic benefits.

Our Vision: To see Ireland, with a renewed appreciation of the ocean, become a world leader in marine protection, giving our species, habitats and coastal communities the opportunity to thrive.

Our Mission: To build a movement of ocean stewardship across Ireland that energises and empowers people, to campaign for ambitious and robust legislation, provide impartial scientific data and research, and secure a network of effective well-managed Marine Protected Areas. 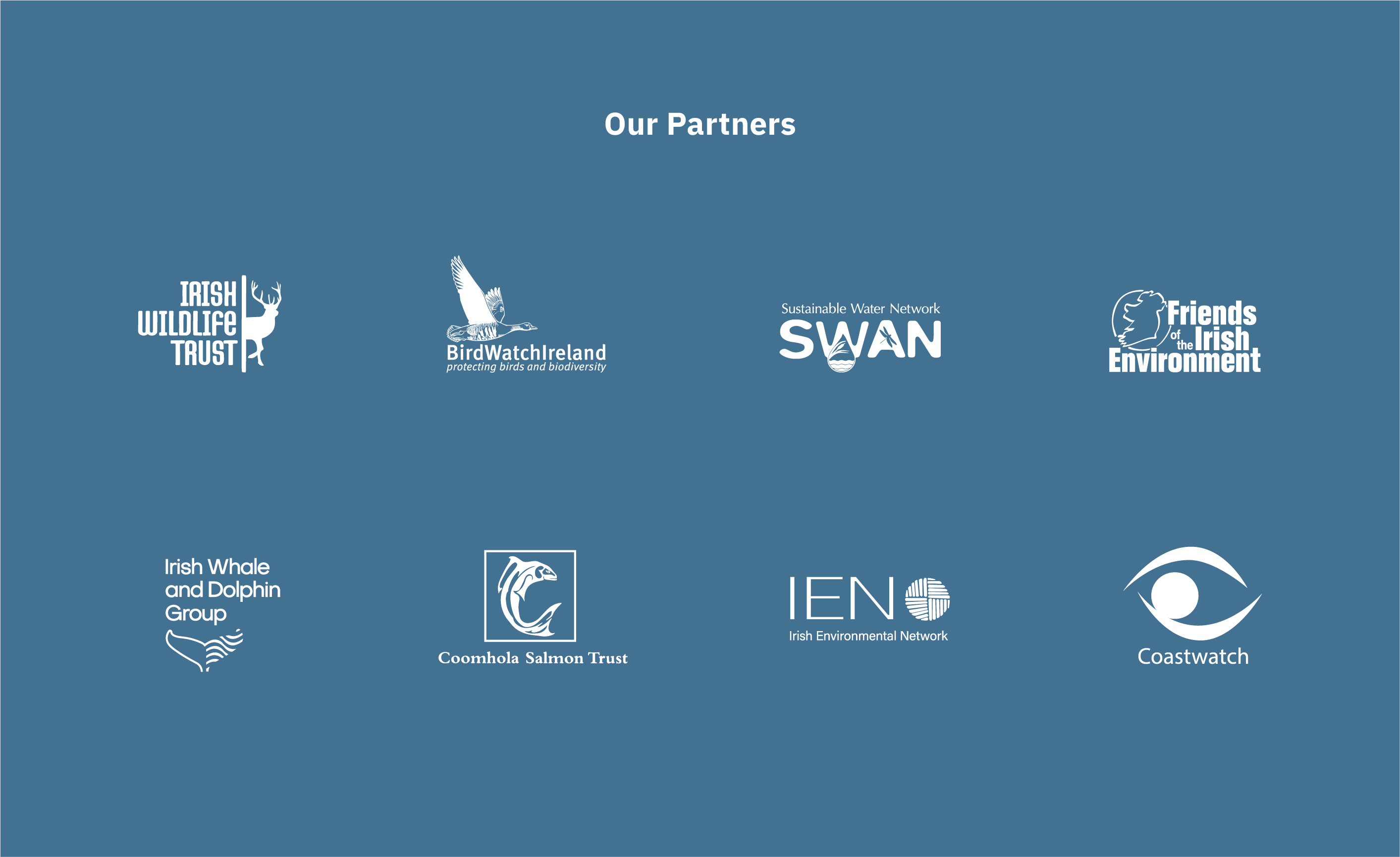