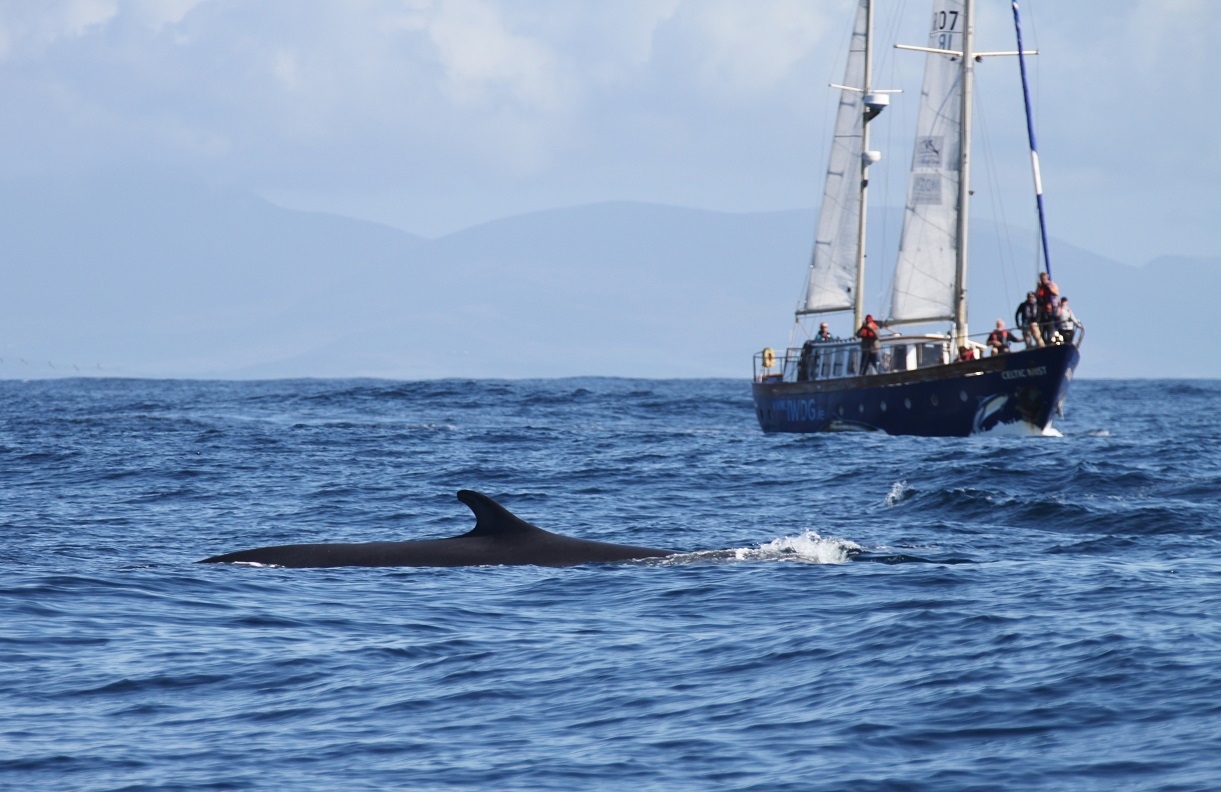 A group of Ireland’s environmental NGOs are teaming up this spring for a rather unique education project lead by the Irish Whale and Dolphin Group.  The exciting Floating Classroom initiative is combining ocean exploration with an educational schools programme which aims to raise awareness of Ireland’s marine biodiversity.  Taking to the seas in the IWDG’s research vessel Celtic Mist, the team of marine biologists and ocean literacy experts will be making their way down Ireland’s south east coast from Arklow to Cork, calling in to coastal communities provide engaging workshops to schools along the way.

After an extensive refit during the winter in Grand Canal Docks, Dublin, the 56 foot ketch yacht will also be open to the public when docked at local marinas and harbours, giving the public an opportunity to see the workings of a dedicated whale and dolphin research vessel and how researchers live and work at sea.

Apart from raising awareness for Ireland’s rich marine wildlife, the team will be emphasizing the importance of taking care of our seas and oceans.  With challenges such as plastics pollution, climate change and biodiversity loss now frequently in the news, there is a pressing need for communities to work together to tackle environmental issues.

While pupils will be introduced to the wealth of marine and coastal wildlife on their doorstep, each school will be asked to come up with three ways in which they feel they can make a difference for their local blue environment.

The team of biologists will also be proposing ways in which the public can get involved, including citizen science projects that encourage people to report their sightings of whales, dolphins, seabirds and even shark eggs!  Schools will be encouraged to get involved in other community-based initiatives too, such as beach cleans being run by organisations in their area.