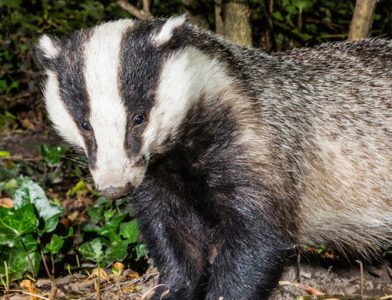 Following the announcement today by the Minister for Agriculture, Food and the Marine (DAFM), Michael Creed, that vaccination of badgers is to become an ‘integral part’ of the plan to eradicate TB in cattle[1], the Irish Wildlife Trust (IWT) would like to show its support for this long overdue shift in policy.

The development comes 27 years after vaccination of badgers was first mooted as a possible solution in addressing the disease in that animal. In the intervening years well over 100,000 badgers have been snared and shot, while bovine TB remains high in many areas. The IWT has long believed that badgers have been unfairly blamed for a problem that was not their making, while the main source of transmission (from cattle to cattle) remains largely unaddressed. While badgers are nominally a protected species, DAFM figures show that in 2016 6,161 animals were slaughtered, including nursing mothers, leaving young to starve in their underground setts.

IWT Campaigns Officer Pádraic Fogarty says, “by DAFM’s own admission, culling badgers on the scale we have seen over the past decades is unsustainable. It’s high time we saw the end of indiscriminate culling and especially the barbaric practice of culling during the badger breeding season. DAFM has admitted that culling is affecting the populations of badgers while oversight from the National Parks and Wildlife Service has been non-existent.”

The IWT has campaigned since the beginning for an end to culling and while we welcome the shift towards more vaccinations of badgers, there has yet to be a recognition that the problem lies not with badgers, but cattle. Meanwhile, the killing is set to continue while quarterly TB rates in cattle for 2017 show an increase when compared with 2016. The so-called ‘TB eradication’ programme has been a costly failure, not least in the devastating impact on badgers. The IWT would like to see a firm commitment for the ending of the culling programme.

[1] https://www.agriculture.gov.ie/press/pressreleases/2018/january/title,113880,en.html
CONTACT:  Padraic Fogarty – IWT’s Campaigns Officer – irishwildlife@iwt.ie for further details
Editors Notes: The Irish Wildlife Trust was founded in 1979 as a charitable conservation body. We provide the public with information about wildlife, run education and training programs like SAC Watch and the Badger Schools Programme, carry out habitat and species surveys like the IWT National Newt Survey, campaign and lobby around biodiversity issues, restore natural habitats, consult with industry, agriculture and Local Authorities to maintain our natural heritage and contribute to national and international forums for the protection of biodiversity. The IWT is a nationwide organisation with a strong membership base, staff and Board of Directors, with branches in Dublin, Longford/Westmeath, Galway, Kerry, Laois/Offaly, Waterford.
Tweet
Share339
Pin
339 Shares
Previous Post IWT calls on MEPs to oppose industrial-scale electrocution of marine life Next Post Press Release: IWT calls for better legal protection for marine life