Press Release: Irish Wildlife Trust calls on the Government to back key biodiversity protection measures at the IUCN Congress 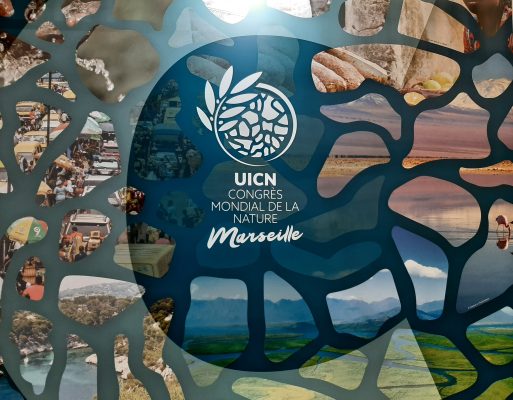 The Irish Wildlife Trust (IWT) is calling upon the Minister of State for Heritage & Electoral Reform, Malcolm Noonan, on behalf of the Irish government, to use his voting power at the IUCN Congress (currently underway in Marseille, France) to support key measures for the protection of biodiversity which are being debated. These include:
·       Fully integrating the issues of climate change and biodiversity collapse through a commitment to strictly protect carbon-rich ecosystems (e.g. peatlands, old forests, sea grass beds or ocean sediments) and the restoration of natural ecosystems;
·       Defining the term ‘industrial fishing’ and ensuring that industrial fishing is excluded from Marine Protected Areas (MPAs) along with all harmful infrastructure developments;
·       Supporting a moratorium on deep seabed mining;
·       Supporting a call for effectively protecting half of the earth’s surface based upon the evidence of what is needed for thriving people and nature;
·       Reinforcing protections for marine mammals particularly through the use of MPAs and a “drastic reduction” in unwanted by-catch in fisheries;
·       Protection of native, old forests in Europe through urgent mapping and restoration

The IWT is disappointed that a representative of the Irish government is not present in Marseille to take part in these discussions in person. IWT Campaign Officer, Pádraic Fogarty, who is in Marseille for the Congress, says: “There’s an enormous sense of urgency at this event among the scientists and NGOs in the face of the collapse of ecosystems and also a sense of frustration that so little is being done. Many of the issues being discussed are directly relevant to Ireland and it’s embarrassing that the government did not see fit to send a representative. The biodiversity crisis must get equal billing to the climate crisis, the message here is crystal clear that we cannot address one without tackling the other.”

The IUCN Congress happens once every four years (this one was delayed due to Covid-19) and it is gathering of governments, NGOs and scientists. The discussions in Marseille provide crucial support to intergovernmental gatherings in the coming months, particularly the COP26 Climate summit in Glasgow in November and the COP15 Biodiversity summit in Kunming in China in October and March of next year.
ENDS
CONTACT: Padraic Fogarty IWT Campaigns Officer irishwildlife@iwt.ie
Tweet
Share
Pin
0 Shares
Previous Post New forests please Next Post IUCN Congress