PRESS RELEASE: Urgency of addressing the biodiversity emergency is underlined by Covid-19 crisis 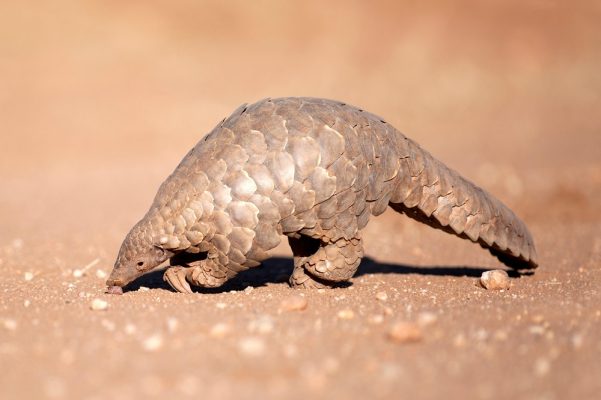 The breakdown of global ecosystems presents an urgent threat to humanity, which was recognised in 2019 with the publication of the Global Assessment Report on Biodiversity and Ecosystem Services by the United Nations [i]. This report highlighted how natural systems are being altered to an “unparalleled degree” and that a staggering one million species face extinction “within decades”. The intimate links between the relentless destruction of nature and the Covid-19 virus are not controversial. It is widely believed that it originated in a so-called ‘wet market’ in China where wild and farmed animals from a wide variety of species are kept in cramped conditions and butchered on-site. It has also been speculated that pangolins, a type of scaly anteater of which there are a number of species (all of which are endangered with extinction), were involved in the transmission, thereby implicating the multi-billion euro global trade in wildlife. This can be both legal and illegal.

According to the World Bank:
Deforestation and land use change, habitat fragmentation, encroachment, rapid population growth and urbanization are some of the ecological, behavioral and socioeconomic factors that amplify human exposure and multiply chances of contagion [ii].
The Global Risks Report 2020, published by the World Economic Forum, identified biodiversity loss among the top 10 risks facing the world. There is an urgent need to join the dots between the current pandemic and the destruction of natural habitats. According to the Wildlife Conservation Society, 60% of emerging infectious diseases originate in animals (aka: zoonotic) and of more than 30 new pathogens recorded in humans in the past three decades, fully 75% have originated in wildlife [iii].
Last May the Dáil declared a climate and biodiversity emergency. However, next to nothing has been done since then to address the on-going loss of nature in Ireland.
In October, delegates to the Convention on Biological Diversity are due to meet in Kunming in China to agree on a new global treaty to halt mass extinction and begin the process of restoring natural ecosystems. The Covid-19 emergency highlights the urgency of this task. Ireland must engage with this process. We must send a senior delegation to this conference and work with other member states in the European Union to agree on ambitious targets. Covid-19 shows the risks of ignoring this issue. We are not separate from nature but are part of the living web of life where everything is interconnected.
[i] https://ipbes.net/global-assessment
[ii] https://blogs.worldbank.org/voices/coronavirus-and-pangolin-effect-increased-exposure-wildlife-poses-health-biosafety-and?cid=ECR_TT_worldbank_EN_EXT
[iii] https://medium.com/@WCS/emerging-zoonoses-and-the-risk-posed-by-wildlife-markets-5689b7ba7ee2
CONTACT: Padraic Fogarty  – IWT’s Campaigns Officer irishwildlife@iwt.ie
Tweet
Share
Pin
0 Shares
Previous Post Species of the week: Small spotted catshark / lesser-spotted dogfish Next Post Species of the Week: Nettle