Reform of the NPWS is urgent

Reform of the NPWS is urgent

“We desperately need new thinking, new concepts, new contexts, new teaching methods, new curricula, better communication between all the participants in nature conservation. If we had a new and vitalised education programme, half the battle would already be won.” David Cabot, then a scientist for An Foras Forbhatha (and among Ireland’s foremost ecologists of the past half-century) was addressing a conference on Nature Conservation in Ireland in 1983. Nearly 40 years ago. He warned that “we are living at time of rapid economic, social and environmental change” and that “government has an obligation to respond constructively to these challenges”… “Most serious of all is the apparent lack of political commitment to nature conservation.”*

Needless to say, the political will never materialised. Nature in Ireland can no longer be described as being in freefall, but has already hit the ground. Only its faintest gasps can still be heard.

It would take over three and half decades from Cabot’s plea for the term ‘climate and biodiversity emergency’ to enter everyday use. An Foras Forbhatha would eventually morph into the National Parks and Wildlife Service (NPWS) which we know today as the chief guardian of state programmes to safeguard biodiversity. Its primary responsibility is to enforce the Wildlife Act, manage the protected areas network (~12% of land and 2.5% of seas), run our six national parks, oversee the implementation of the National Biodiversity Action Plan, advise other public bodies on land use decisions including planning applications, and educate the masses all on the wonders of nature and why it’s worth restoring.

It is hard to know how to refer to the NPWS as it is not an agency or even a single body – lately, it sits within the heritage division of the Department of Housing, Local Government and Heritage,  alongside the National Monuments Service and Built Heritage, Architectural Policy and Strategic Infrastructure. There is no head of the NPWS as such; responsibility ultimately lies with the minister of the day. After effectively being defunded under Fine Gael (which saw a 70% cut in its non-staff budget) its allocation was recently doubled. This is welcome for sure. I was hoping we could at least be able to say that the NPWS was in receipt of more public funds than greyhound racing, but in the end the greyhounds also got more money so we’re not there yet. 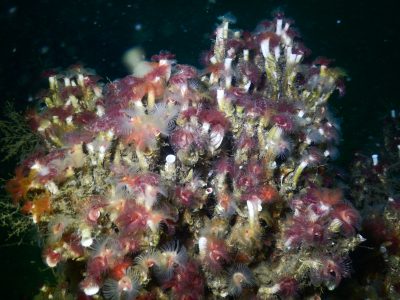 The NPWS has many fine people working for it but any observer in recent years can only conclude that it is a deeply dysfunctional organisation. When was the last time you heard an NPWS spokesperson on the radio talking about our biodiversity crisis? Their social media presence is woefully inadequate for the times we live in (no presence at all on Facebook or Instagram). I was told some years back that press releases were only permitted so long as they made the minister look good.

That we are abjectly failing to even stem the march of destruction of nature should be obvious by now but can be underlined in two recent studies by the Irish Wildlife Trust. One found that habitats in marine Special Areas of Conservation (SAC) have drastically deteriorated in recent years. In one instance, a beautiful and complex reef structure in Co. Mayo, made of Serpula vermicularis – a type of worm – and a feature for which the SAC is designated, was obliterated by a scallop trawler. The NPWS were not able to tell us whether scallop trawling had ceased since the event in question, whether the perpetrator faced any sanction or whether there were now any restoration measures in place. 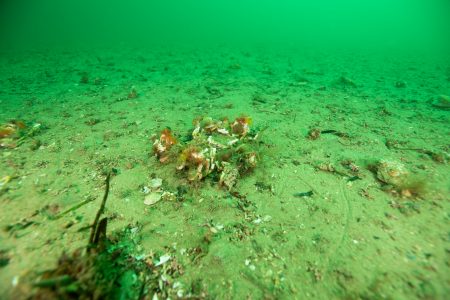 Separately, the IWT revealed earlier this month that despite being outlawed since 2011 turf-cutting continues on half of the SACs in Ireland which are designated for the vanishing raised bog habitat. In 2020 turf-cutting was carefully monitored at 16 raised bog SACs and the IWT has received confirmation that just one permit for turf-cutting in these areas was issued by the Department since 2014. Yet, no intervention is made to halt this illegal activity.

We should not be too quick to blame the NPWS for these clear and egregious failures. The NPWS lacks resources (a mere three people work in their marine division), it lacks leadership, it lacks a voice and it lacks independence. These have all been decisions made by previous politicians who have seen nature conservation as a threat to growth and development or, perhaps more acutely, a threat to votes in their own areas (Fine Geal TD Jimmy Deenihan probably lost his seat in part because he was charged with bringing an end to turf-cutting on SACs, including in his Kerry constituency).

Politically speaking, and a bit like nature itself, the NPWS have been banished to the basement in the hope that it can be forgotten. Legal constraints prevented it being killed off altogether. The last government tried – largely successfully – to ignore its muffled cries. The new government has taken some pity, but even a doubling of its previously miserable funding will not be nearly enough. 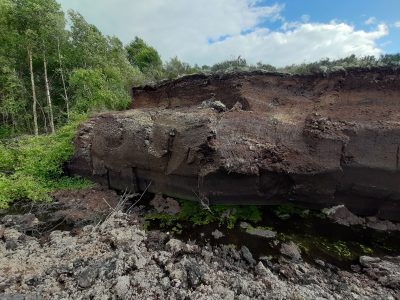 We cannot address the biodiversity and climate crisis without a fully functioning nature conservation agency. This may be boring but it is fundamental. The programme for government helpfully includes a commitment to ‘review the remit, status and funding of the NPWS’ and the IWT has used every opportunity to highlight the need to get on with this task.

Nearly six months in, we have heard little from the government on this issue despite writing to Minister Malcolm Noonan on a number of occasions. Thanks to Cian O’Callaghan of the Social Democrats, who recently submitted a parliamentary question to Minister Noonan, we have some insight. The minister replied that he has “decided that the review should be headed by an independent chairperson overseeing a triptych review process [presumably referring to the remit, status & funding] with a target completion date of Summer 2021”.

This process is urgent and we must start with a blank slate. Ultimately, the funding required will be substantial (a figure of €100 million per annum has been floating around but an analysis of needs has not been carried out). Just as importantly will be to restore a sense of purpose and independence to any new agency. It should be a body that is visible (with branding and uniforms for field staff), it should be empowered to speak out for nature not only on our airwaves but in holding other branches of government to account. This last part is diplomatically difficult but we see in the Environmental Protection Agency how the right leadership makes all the difference. Nature Ireland (for want of a title!) should be the pride of the nation – pointing the way to a nature-filled future that benefits everyone. It could happen – but I can’t stress enough the urgency of this task. To get there we will need a strong dose of political will.