Pádraic’s Blog: The Hardest Animal to Live With

Pádraic’s Blog: The Hardest Animal to Live With 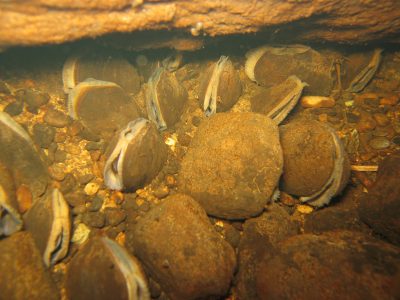 Bringing wolves back to Ireland has many supporters but for many it is all just a stretch too far. The conflict would be fierce and fraught, at least if current attitudes to nature are anything to go by. Can’t we just manage what we have? Why would we reintroduce controversial animals like wolves when there are clearly so many species already here and which are crying out for a lifeline?

Fine. Let’s pick an animal we know is in trouble but is still hanging on. Let’s pick one that is not going to be so provocative to livestock farmers, preferably one that doesn’t feature in children’s fairy tales – no sharp teeth or nightmarish backstory. Or one which – in real life – doesn’t attack and kill sheep, which won’t provide catnip to mischievous headline writers and which won’t need any complicated compensation schemes to tie bureaucrats in knots? How about a species that is already legally protected, with ready-made conservation areas and where decent numbers of skilled ecological experts are already standing by right here in Ireland? Fine, let’s start with the freshwater pearl mussel – but to those people I say: be careful what you wish for.

We could bring back wolves tomorrow and, if they weren’t shot or poisoned, they’d probably survive just fine. But restoring freshwater pearl mussels, a hand-sized invertebrate that lives unobtrusively for its long life at the bottoms of rivers and lakes, will require a radical transformation of every type of land use from farming and forestry to peat extraction and urban expansion. Even if we just stick to the ‘special areas of conservation’ where there are long-standing, legally-binding commitments to restore the mussels to ‘favourable conservation status’, we’re talking about change-beyond-all-recognition levels of transformation in the catchments of the Rivers Slaney, Suir, Nore, Barrow, Munster Blackwater, Fergus, Moy and Corrib as well as smaller catchments in Counties Kerry and Donegal. That’s pretty much all of the south and west of Ireland. It’s everything from the conifer-covered, burnt, overgrazed and drained peatlands in the hills, to the fertile pastures of the Golden Vale where a dairy boom has been accompanied by the spreading of slurry and the generous application of artificial fertilisers. It’s the rivers that have been straightened, the flood plains that have been built on and the thousands of kilometres of field ditches that are regularly ‘cleaned out’. And it is all the towns and one-off houses in between, with their overflowing sewage pumping stations and faulty septic tanks. Collectively, all the sediment, habitat destruction, human and animal filth within these expansive landscapes is contributing in their own small way to the demise of the freshwater pearl mussel.

The mollusc has a fiendishly complicated lifestyle, but the reason its survival is not compatible with modern land uses is down to its need for ultra-clean water. This was in plentiful supply until 50 or 60 years ago but is now the rarest of commodities. Even where the Environmental Protection Agency (EPA) says that the status of a river or lake is ‘good’, that is not good enough for the mussels. ‘High status’ water bodies, which are sometimes referred to as ‘pristine’ have virtually vanished in Ireland. In the 1980s there were 500 examples (itself probably a low number compared to say, the 1920s) but today there are only 20. Some ecologists I have spoken to tell me that the EPA’s criteria for ‘high status’ is frequently not high enough for the pearl mussel. This makes the invertebrate sound unreasonably demanding – the Maria Carey of the aquatic domain – yet such incredibly clean water was the norm for all the millions of years during which they evolved and right up to the dawn of the modern industrial age 50-60 years ago.

While the freshwater pearl mussel lacks sharp teeth and stars in none of the fables from the Brothers Grimm, it nevertheless is increasingly keeping people up at night. A case in point is the River Blackwater SAC in Cork, where the population in the main channel of that river is at critically low levels. Clearly, a mammoth effort was going to be needed to bring it back from the brink. But instead, a freshwater pearl mussel strategy from 2011 and written by the National Parks and Wildlife Service, decided that the Blackwater (among other SAC populations of the mussels) was ‘low priority’ and that “due to the intensity of pressures” conservation efforts should not go ahead. The report said that even regardless of the cost nothing could be done, but this assertion frequently goes unchallenged. So it was decided that after existing for thousands of years, these populations would be allowed to go extinct. In 2018, then-Minister for Heritage Heather Humphreys signed an order removing the freshwater pearl mussel from the list of ‘qualifying interests’ for the SAC along the Blackwater. Fortunately, Peter Sweetman intervened and this move was found to be illegal. The protection stays. The Irish Cattle and Sheep Farmers Association “questioned the wisdom” of investing in saving the mussels and saying, in reference to the 2011 NPWS report, that it “was probably better to direct funding to where it is most likely to deliver significant results”. The fear, of course, is that pearl mussel recovery inevitably involves a brake on dairy expansion in the river catchment.

And it’s not only farmers who are worried. A headline in the Irish Examiner heralded: ‘No development on Blackwater if pearl measures not reversed’. The truth is, the farmers and the politicians and the headline writers must know that saving the pearl mussels will require a dramatic shrinkage in dairy output and a massive investment in wastewater infrastructure – which themselves require a systemic shift in how we are going to go about using land.

It’s not that nothing is being done and there are strenuous efforts underway in Ireland to save freshwater pearl mussels. An Environmental Innovation Partnership (EIP) is working with ecologists, farmers and the Department of Agriculture to address pollution issues are rewarding farmers accordingly . It’s early days to say whether these programmes are working but even if they were, they are only confined to eight relatively small catchments in Kerry, Mayo, Donegal, Cork and Galway. And it’s not only farmers who have to be on-board, it is turf-cutters, forestry managers, state agencies (e.g. Coillte and Irish Water) as well as local authorities, all of which have a role to play in planning and how land is used. Among the work programme for the new government is a Land Use Plan which in theory would align these competing aims. The scale of change is enormous and will be disruptive. Bringing back wolves will be the easy part.